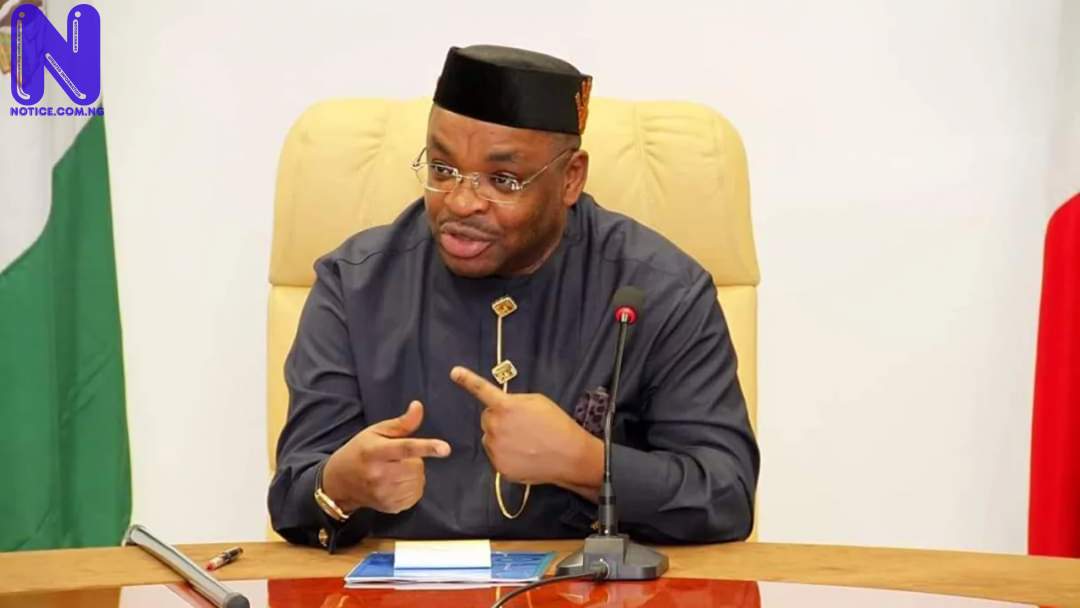 The All Progressives Congress, Akwa Ibom State Chapter has called on the governor Udom Emmanuel to explain a debt of N239.2 billion incurred by his administration.
Recall that the Debt Management Office recently ranked Akwa Ibom as the third-highest debtor state with N239.2 billion while Lagos and Rivers states were ranked first and second respectively.
In a statement signed by its Publicity Secretary in the state, Nkereuwem Enyongekere, the APC said over 80% of the debt was incurred by the present administration.
The APC wondered how a government which has accrued over N1.6 trillion would keep on incurring debt with no infrastructural facilities to show for it.
According to the statement, “early this week, the Debt Management Office (DMO) revealed that our government owes the Banks a whopping N239.2 billion, the third-highest among the states in Nigeria. Over 80% of it was procured by Gov. Udom Emmanuel.
“This revelation simply highlights just how badly the governor has managed our finances since he became our chief executive. Akwa Ibom people deserve explanations on what Gov. Udom Emmanuel has done with all the resources his administration has earned.
“As a political platform that espouses probity, accountability and transparency, APC hereby calls on Mr Emmanuel to address the state immediately and give a full account of how he has spent our money. We hereby urge the elders and the people of the state to demand explanations from Gov. Udom Emmanuel on what he did to the N1.6 trillion that has accrued to the State under his watch.
“Ordinarily, debts are used by governments to finance deficits and fund infrastructural development. Lagos State, the highest debtor (N493.3 billion) is building a metro rail from Badagry to Marina, Rivers State, the second-highest debtor (N266.9 billion) is undergoing a tremendous infrastructural renaissance. Right now, five flyover bridges are being built simultaneously in Port Harcourt. But there is no such investment in Akwa Ibom State.
“There is just nothing to show for all that we have earned or borrowed. Gov. Udom Emmanuel has not completed a 10-kilometre stretch of dual carriageway any way in our state. The governor talks glibly about a syringe factory located in his Onna LGA; but who owns it? He talks about Ibom Air. Again, what is the ownership structure, and how much did the state invest in it and how much revenue is coming into the State’s coffers from it?
“As we have said before, this governor is just out of his depth. He indulges in waste of resources, reckless spending of money and setting wrong and confusing priorities. We are convinced that there are also many cases of corruption at the highest level of government.
“Just before the 2019 elections, the state government hurriedly borrowed N3.5 billion from Zenith Bank, ostensibly to install security cameras on Uyo streets. Not a single camera has been installed anywhere in our state. Not even a pin-hole camera. We have since learned that the money went into private pockets, the same way money withdrawn to finance the abandoned Ekom Iman Flyover Bridge went.
“Our resources are frittered away through unscrupulous schemes. These are some of the reasons our state continues to be stuck in an economic quagmire, while our people are crushed under a huge debt peonage that will, unfortunately, last through future generations. How sad!”
The party, in spite of that, said it would support the EFCC and other anti-graft agencies to recover all the funds allegedly stolen from the state treasury since May 30, 2015.
“We shall work with the federal authorities to bring justice to our people for the sufferings and criminal neglect they have suffered under this administration.” The statement reads
However, the Publicity Secretary of the Peoples Democratic Party, PDP in the State, Borono Bassey reacting to the APC statement, said, “even though I’m not convinced that, that is the true position of the debt standing of Akwa Ibom State, yet, Gov Emmanuel, has given an account of every kobo accruing to the state in terms of putting infrastructures in place.
“The truth remains that Gov. Emmanuel has made very result-oriented efforts in erecting development across all sectors of Akwa Ibom State economy. You can see roads scattered over the place, over 1700 kilometres of roads. But what I would like APC to do is to praise development that is happening in the state and place it side by side with the performance of the APC-led government at the centre.
“Because APC cannot be talking about debt and is completely blind to the sufferings the government has subjected Nigerian People to. How would the APC government increase electricity tariff and pump price of fuel when we are struggling with a pandemic.”