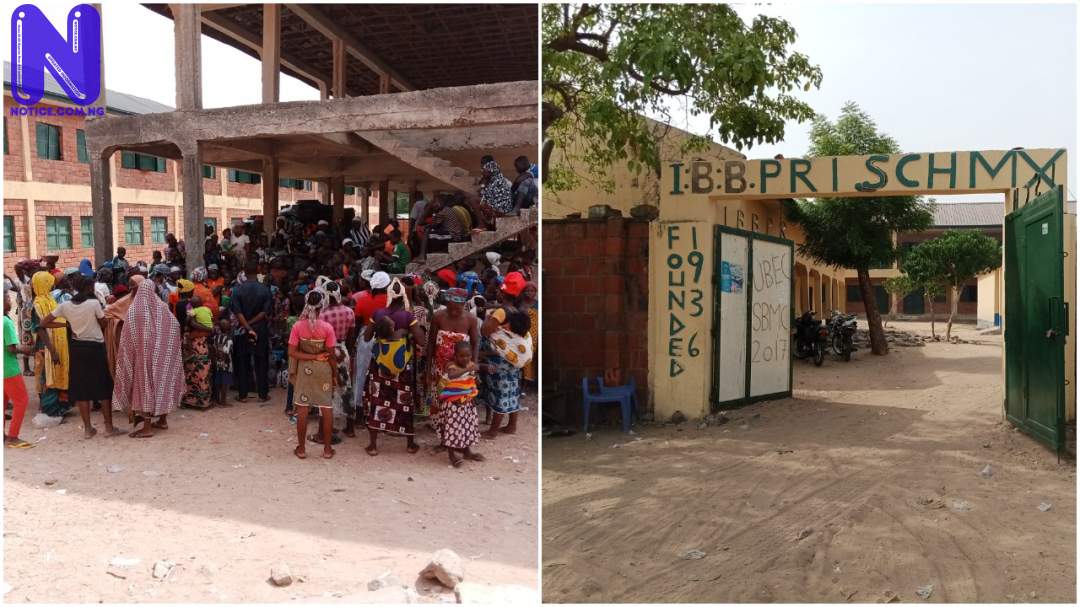 The people of Niger State were jolted and shakened by the official statement of the State Governor, Alh. Abubakar Sani Bello on Tuesday, 28th April, 2021 of the presence of Boko Haram terrorists in Kaura, Shiroro local government of the state, less than four hours drive to Minna, the state capital where, he said the sect have hosted their flag and had captured over 50 villages within the last three weeks.

Bello speaking to journalists during a visit to an IDPs camp in IBB Primary School, Minna, had lamented that the sect and bandits have stamped their authority in Kaura area and over 3,000 original owners dislodged from their ancestral land.

The Governor warned that the Boko Haram terrorists are trying to make Kaure their home and headquarters like they did to Sambisa forest, noting that while Sambisa forest is several kilometres away from Abuja, Kaure is only two hours drive to Abuja.

Obviously overwhelmed by the situation, he further insisted, “I have been engaging the federal government and unfortunately it has gotten to this stage and if care is not taken even Abuja is not safe. We have been saying this for long and all efforts have been in vain.”

Recall that Ex-governor of Niger state in Niger, Dr. Mu’azu Babangida Aliyu at the 12th Annual Conference and General Meeting of the Society for Peace Studies and Practice in Abuja in 2018 revealed that the dreaded terrorist group would have started in the State in Mokwa, Mokwa local government but because of the proactive step his administration took then.

Dr. Aliyu explained that in 2007 when he became the Governor of the state at that time, the sect leader, Shekau and other members totalling 7,000 lived in Mokwa. He said the sect were dislodged but later Shekau resurfaced in Maiduguri.

However, the admittance by Governor Bello of the presence of the sect this week and followed by a viral video currently circling among the residents of heavily armed gunmen alleged to be members of the dreaded sect has further heightened fears in the minds of people of the State.

The influx of more people into Minna, the state capital, Press gathered has also increased the level of social vices such as robbery in various parts of the town thereby, adding to the myraid of problems confronting the State.

Aside the latest information of the presence of the terrorists group, Niger State has suffered series of attacks by bandits for serveral years leading to loss of lives, property and kidnap of persons, with payment of ramsons by victims who are mostly farmers running into hundreds of millions of Naira with Shiroro, Munyan, Rafi local governments topping the chart in Niger East Senatorial District, among other Senatorial zones of the state.

Among the notable kidnaps were those of the students of Government Science College Kagara, and travellers in the State owned NSTA.

On the security challenges and panic caused by the statement of the governor, the Government in a press statement signed by Mohammad Sani Idris, Commisioner for Information urged the residents to beware of alarmists

Idris stated that the attention of the State Government has been drawn to a viral video of heavily armed gunmen said to be at the entrance of a town purported to be Niger state, Nigeria, but discovered to be in far away Chad.

“Niger State Government wishes to inform the public that even as there are elements of Boko Haram at the fringes of an area of the state, Federal and State Government are working assiduously to flush out the terrorists from these areas,” he said.

He explained that security agents were working bravely and professionally to restore stability to the troubled part within the shortest possible time.

“We therefore implore the public to go about their businesses peacefully and to stop seeking and relishing falsehood such as are being peddled by scaremongers – total falsities intended to frustrate the efforts of our security agents, or upset the stability of our communities, the process of which can do serious harm to fellow residents”

“On a final note, let those whose business is to cook lies and spread falsehood, particularly relating to the security of Niger state, to find other businesses to engage them, lest such elements shall soon have reasons to know that consequences of their grave misconducts can only be grave.” He added.

Collaborating Idris, a chieftain of the All Progressives Congress, APC, Mr. Jonathan Vatsa told Press that the issue of insecurity in Niger State is becoming very pathetic and enough to cause fears.

“Tell me in Minna now, who is not scared? At 8pm go out and see if you will see people outside. The influx of people have increased robbery incidents in parts of Minna, the state capital. Tell me, who is safe? Are you saying the security agents cannot fish them out? The state capital is not safe, we are only living by the mercies of God.

” Those who are victims today, the masses and the down trodden, these are the people that voted for APC, I can say it loud, the elites never voted Buhari because, they said they have already known him, it is the poor, believe me, that are saying ‘sai baba’, that are sadly being killed. This is very worrisom.”.

“But then, the question that borders me is that, there is no Banditry, nor kidnaping in Cotonu, Benin Republic, Cotonu is just like Niger state and there is no Banditry in Niger Republic, even if they are there, they are insignificant. Where are these people attacking us in our country coming from, when there are officials at the borders mounting security.

“The unfortunate thing about this insecurity is that Mr. President has surrounded himself with people who are not telling him the truth. He does not have the true picture of what is happening. The president should talk to Nigerian People and not send Garba Shehu and Femi Adesina to talk to Nigerian People. We voted him.”

In a reaction, the state Chairman Christian Association of Nigeria, CAN, Rev. Mathias Echioda described the situation in the state as very worrisome, particularly, going by what the Governor Abubakar Sani Bello said.

He stated, “going by what is happening in the state, we can only resort to prayers and pray God for divine intervention and for the perpetrators to have a change of heart and embrace a legitimate life.”

An Islamic cleric and state chairman, HUFFAZ and Scholars of Holy Quaran Orphanage Foundation, Mallam Ibrahim Hudu Isah Mohammed Fari, condemning the spate of attacks in the state, noted the need for prayers by both Christians and Muslims for the safety of the people and the state.

Fari, who is the son of the Chief Iman of Minna Central Mosque, Ibrahim Isah Fari said recent happenings called for all hands to be on deck by security agencies to provide security for communities under seige and allay fears the situation has created in residents of the state.

“What is happening is a trial and test from Allah. We pray for God’s intervention. I appeal to our traditional and religious leaders to support Government to stop this menace in Niger state,” he said.

Also the state Commander of the Vigilantes, Nasiru Mohammed Manta called on the state government to engage and support vigilantes in the state with logistics to help in the fight against the criminal elements attacking the state.

“These people you see here are from Shiroro and Munya local governments and the areas affected have been deserted by the people. They are either in the various IDPs camps set up by Government or staying with their relatives in Minna in different locations, no one is there now. If Government gives us the chance we can face the attackers, they are in the forest and we, the Vigilantes know the forest well,” he said.

At the camp, the IDPs mostly women and children looked sad and dejected.

The IDPs claimed that their towns have now become ghost towns.

They appaled to both the state and federal governments to come to their aid by providing adequate security to enable them return to their ancestral homes.

Rabi Shagari, a mother of four children from Manta village and taking refuge at the IBB Primary School adjacent the Emir’s Palace stated that though they were taken good care of, they still want to return to their ancestral homes.

A Youth Leader from Munyan local government, Bulus Osu who spoke to Press at the IDPs camp stated that “for three weeks now, there is no person living in Kuchi town and there is no food for the fleeing villagers. The bandits have entered very deep into the area and have overran several villages. They have occupied Kuchi where they now sleep as their homes. The bandits two weeks ago demanded five million ransom from the people of Kampana to bail themselves from being kidnapped, and the people did it to avoid kidnap.”

Various groups, including Non Governmental Organizations, NGO, made out time to visit the displaced persons to show their support.

Amina Attahiru DAWAH Assistant Officer of Federation of Muslims Woman Association, FOMWAN Niger State chapter expressed the concern of the association over the rising tide of insecurity in the state, while urging government to rise up and do the needful in saving lives and property of people of the state.

“In fact, what is happening is very sympathic . We know Niger state has a large land mass and for the criminal elements to take over 50 communities, it means they are almost taking over the state. Our prayer is may God touch their minds to stop this act and may God help the state to overcome,” she said.

She urged the victims and people of the state to be strong.

Adamu, a Ex-state Commissioner for Women Affairs, urged the federal government to come to aid of the State.