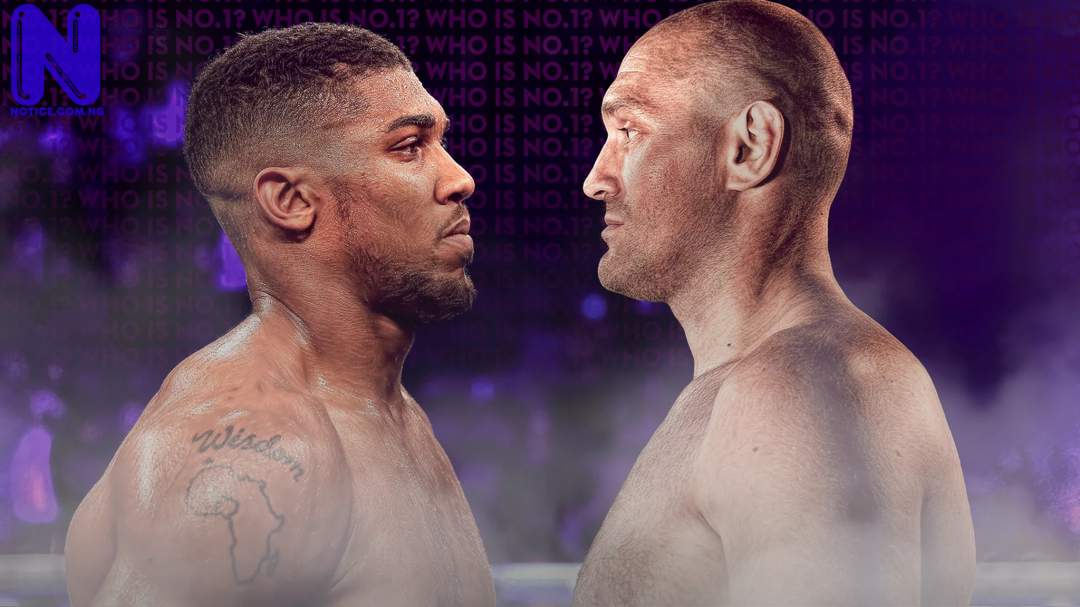 Eddie Hearn, the promoter of World heavyweight champion, Anthony Joshua, has said that a deal for his client to fight WBC champion, Tyson Fury in an undisputed world heavyweight title bout this year is all but done.
Hearn explained that Joshua and Fury would face each other in two fights, with the first expected to be in the Middle East in 2021, and he hoped to bring the rematch back to the United Kingdom.
Joshua defeated Bulgarian boxer, Kubrat Pulev last December to retain his IBF, WBO and WBA titles, while Fury currently holds the WBC belt.
“The deal is done, really— without being signed,” Hearn told the Times.
“The financial elements of the deal are done. We are talking through the broadcast situation, the only thing really now is to paper it.
“And when you papered a deal like that, it does go back and forwards fifteen times before every single letter is approved on the document.”
Hearn added, “The Middle East will be aggressive and will be front-runners in this. To stage this fight, you need significant government support. You need someone who is staging this fight as a statement for their country.
“I would like it [the rematch] to be [in the United Kingdom]. Where? Millennium Stadium.”