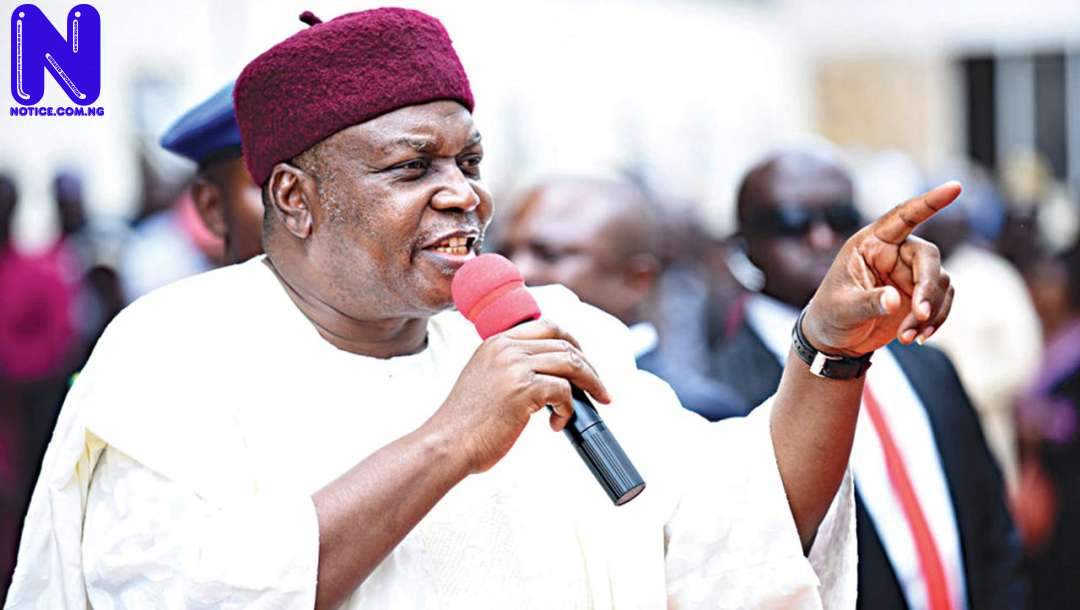 While the Taraba State Government under the leadership of Governor Darius Dickson Ishaku is yet to settle the ongoing impasse with the organized labour, another set of workers have again taken it up with the governor by dragging the government to the national industrial court.
This, as observed by Press is not in connection with the non implementation of the new approved national minimum wage of N30.000 but in connection with the unpaid 77 months salaries of 18 non-indigenous workers of the defunct Nigeria Sunrise newspaper which has accumulated to over N73 billion.
The court which is located in Jos, the capital of Plateau State, was said to have been assigned with the responsibility of presiding over the case.
The said defunct newspapers which was established by the late governor of the state, Danbaba D. Suntai, in 2010, went out of existence shortly after the 2012 plane crash that rendered him incapacitated before he was eventually called to glory.
Narrating the ordeals they have been going through since the refusal of the state government to absorb them into the state civil service like their counterparts who have been absorbed due to their indigene status, the aggrieved workers believe that dragging the governor to court is the surest way out of their present predicaments.
The workers who spoke through their solicitors, M.Y Saleh (SAN), lamented the degrading conditions they have found themselves as a result of the inability of the state government to extend the same olive branch that was extended to the indigene workers of the defunct newspapers to those of them that are non-indigenes.
In their statement of claim which the eighteen workers who are non-indigenes made available to our correspondent through their counsel, they alleged that they were denied salaries since the company stopped operation in 2014 and that they were discriminated against on the basis of their States of origin.
Affirming that the “refusal of the defendants to pay the salaries and entitlements of the claimants is unlawful,” they pleaded with the court to as a matter of urgency call the defendants to order.
Sad that the defendants discriminated against them on the basis of “our states of origin in refusing to redeploy us in its service and this contravened our right to Freedom from Discrimination as protected by Section 42 of the constitution of the Federal Republic of Nigeria”, the court, as pleaded by them, should take their pleas into consideration.
Before resolving to drag the governor and the defendants to court, several attempts As stated by the plaintiffs were implored to ensure a round table dialogue to no avail.
According to them “we wrote a complaint letter to the Public Complaints Commission who in turns wrote to the 5th defendant on the matter and the 5th defendant, through its Managing Consultant/Chief Executive Officer (CEO), responded via a letter to the Commission dated the 23/5/2018 confirming our story and who also attached a list containing our names, dates of employment and salaries, among other information.”
Those dragged to the court along side the Governor , as noticed by Press, include the Attorney General and Commissioner of Justice, Sam Adda, the commissioner of Information and Reorientation, Danjuma Adamu, the defunct publishing house etc.
All efforts by Press to confirm the receipt of the summon by the government failed as all the mobile lines of the Commissioner of Information and Reorientation were not going through.