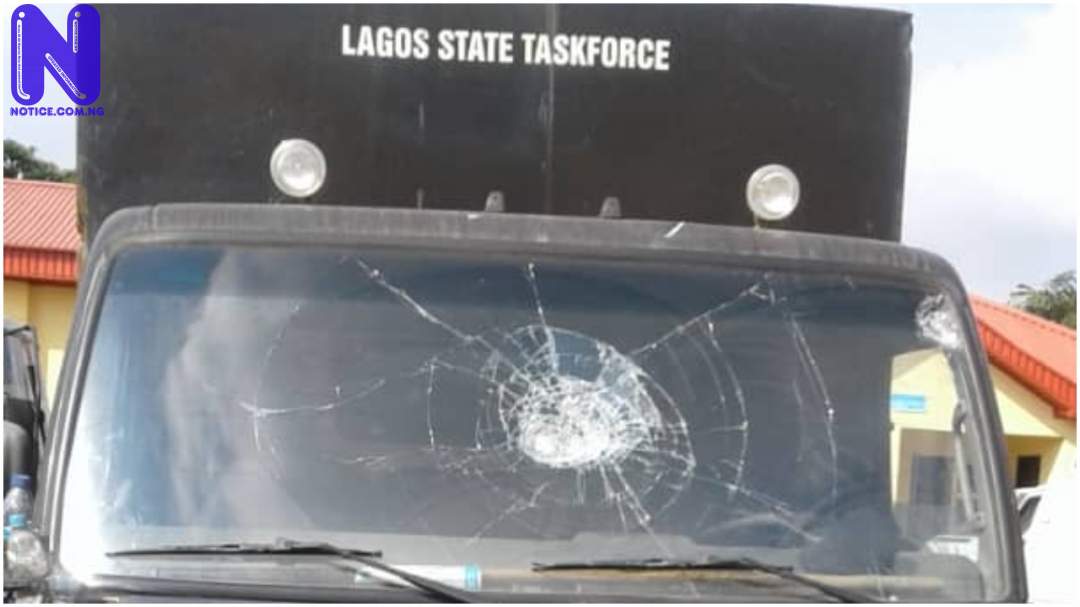 There was violence at the Second Rainbow area on Apapa-Oshodi expressway in Lagos State, on Tuesday.
A protest by hundreds of Okada riders snowballed into arson, Press learnt.
It was gathered that hoodlums teamed up with them after Lagos State Task Force officials seized dozens of motorcycles.
Human and vehicular movements were halted as the demonstrators took over the busy road.
The protest has extended to other locations on the Mile 2-Oshodi axis.
Adebayo Taofiq, Head of the Task Force Public Affairs Unit, said they received several complaints about Okada operators using their bikes to rob.
A statement he signed confirmed that operatives went out for enforcement against those violating the ban on riding.
Taofiq said behind 74 two-wheelers plying one-way and those on the highway were caught, the riders mobilised and attacked officers.
“They damaged beyond repair 2 of our vehicles with one of our trucks. A paramilitary officer attached to the agency (Ganiyu Mustspha) was wounded with broken bottles and cutlass because he mistakenly ran into the mob.”
The spokesman complained that since the End SARS protest, motorists including Okada riders operate with impunity and cause traffic gridlock.
He recalled that during a stakeholders meeting with their association, the leaders declared that persons disobeying the laws are not members.
“We must all join hands together to salvage the State from the hands of these notorious criminals who use Okada to perpetuate evil”, Taofiq added.
Video:
https://twitter.com/wasexy2020/status/1328665741629984771?s=19