Another petrol tanker falls in Anambra 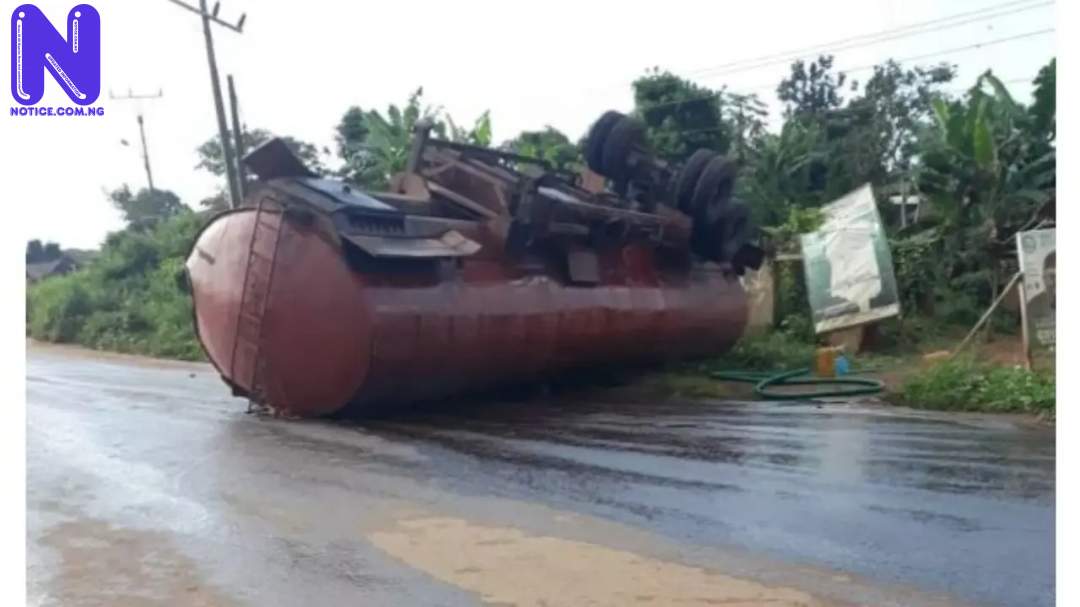 A petrol tanker has again fallen along the Enugu/Onitsha Expressway, at Abba Junction in Njikoka Local Government Area, not very far from Awka.

Press gathered that the tanker fell at about 8:30 am in the morning after the driver of the tanker lost control following a brake failure.

But a source who claims to be an eyewitness said it was true, adding that, “The petroleum products carried by the tanker spilled its content on the ground, but no fire has broken out yet.”

The source also said that police personnel have cordoned off that part of the expressway, restricting movement, while some men of the Anambra State fire service were already on the standby, in case of incident of fire.

Anambra State Firefighters led by Engr. Martin Agility Agbili confirmed the incident, saying that he and his men were already at the scene.

He said the men of the Federal Road Safety Corps were already trying to tow the tanker out of the area.

He also warned motorists to use alternative route for the time being.

Falling of petrol tanker has recently become rampant in Anambra. Two had caused fire outbreak in Onitsha, gutting down houses, vehicles and wares belonging to traders in the city.