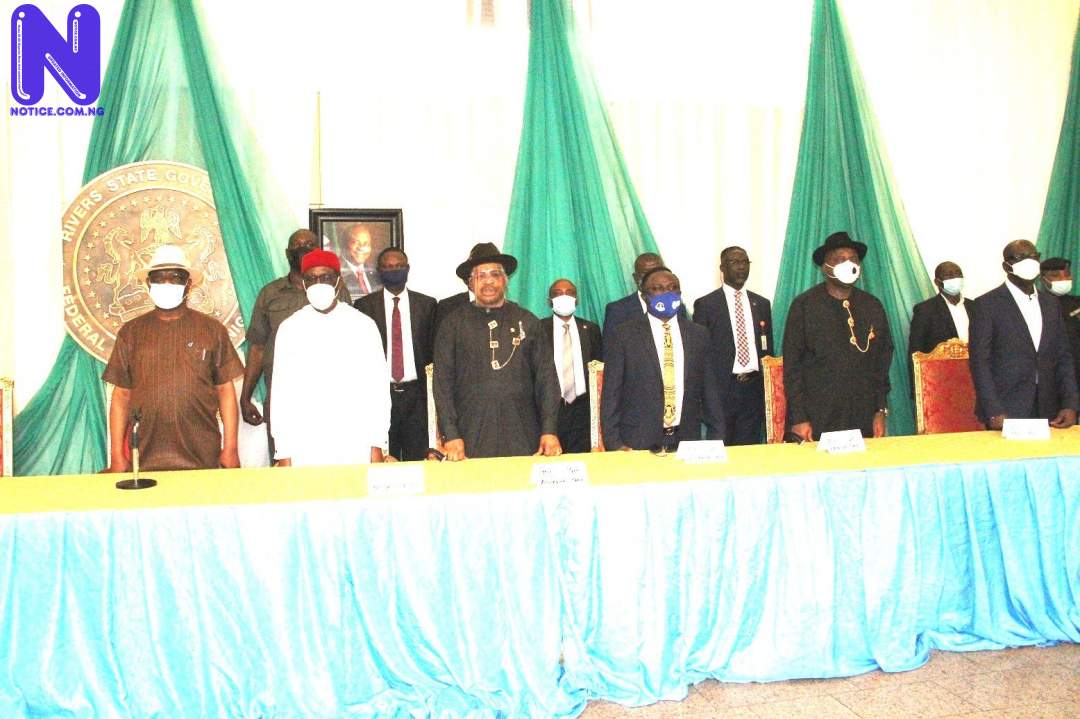 There was rage at the Banquet Hall of the Rivers State Government House after a meeting called at the instance of the presidency with the governors, traditional rulers, opinion leaders and youths of the South-South was stalled by the absence of the presidential team.
Press gathered that representatives of traditional rulers, leaders from the six south-south states and all the governors in the region who arrived Port Harcourt Monday, Nov. 16th for the meeting which was originally scheduled to commence by 11 am on Tuesday became infuriated when they were told by 3 pm that the delegation from the Presidency, which was to be led by the Chief of Staff to the President would no longer be attending.
Governors of the South-South region led by the Ifeanyi Okowa of Delta State, had apologised to the delegation for the botched meeting.
The Governor’s plea, in spite of that, met resistance from the delegation who argued that the cancellation was an insult on the people of the region, which would not be taken lightly.
After the outbursts, Governor Okowa announced the decision of the stakeholders who demanded an unreserved public apology to be rendered to the leaders and people of the region as a precondition for any consideration for reconvening any meeting with the people of the South-South.
“We understand the anger in you, and on our own part as governors, we are also angry because the South-South zone is a very important part of this nation.
“There is no doubt that we the governors also feel insulted and we feel very sad and touched at what has happened.
“We felt it was necessary to consult with you as critical stakeholders because if we had acted on the information without consulting you, that would have added to the insult already meted to us.
“Together we call for a public apology because the meeting was not called at our instance; it was called at the instance of the Presidency,” Okowa said.
It was noted that the Presidency including; the Inspector General of Police, Director-General of the Department of State Security and eight federal ministers requested for the meeting to be rescheduled.