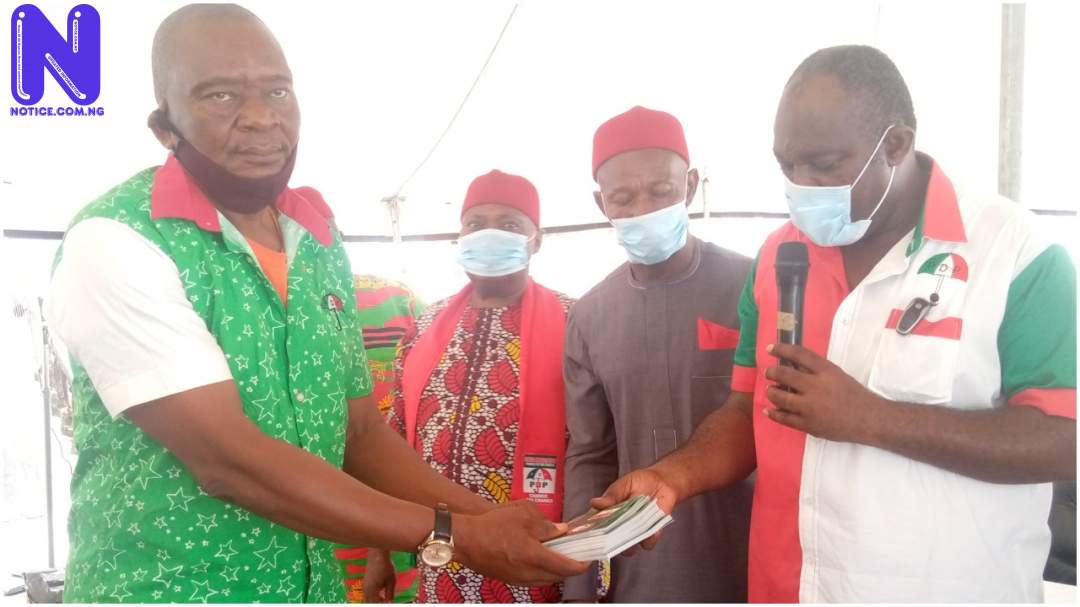 The Peoples Democratic Party (PDP) in Anambra State says it has begun a massive drive for new members in the state.
Chairman of the party in the state, Mr Ndubuisi Nwobu who briefed journalists about the commencement of the exercise said the drive is for new members, and that the party targets at least 500 new members in all the 306 electoral Wards of the state.
Nwobu said: “We target at least 500 members from each of the 306 wards in the state. We are looking at a total of 153,000 new members in the party after the one-week exercise.
“That is apart from the urban centres where we are hoping to get more members. We are sensitizing the state for those who are eager and prepared to become members of the party. We are not giving money to anyone to be a member, we want the people to choose us on their own volition.
“We are hopeful that a lot of people will come out and register with us, because we believe that Nigerian People know better about the change the APC promised, now. The change APC promised means greater insecurity, greater division and nepotism.
“Here in Anambra, APGA government has taken the state backwards and only a PDP government is guaranteed to have the capacity to move the state forward. So, we are hoping that a lot of people will seize the opportunity to register with us.”
Speaking on how the party can forestall any incident of members of other political party infiltrating it, Nwobu said the party will not register members of APC and APGA who are not known to have resigned their membership of other political parties.
“The truth is that we at the state level are only coordinating. The registration takes place at the ward level, and all the people in the wards already know themselves. The people know who is in another political party at the ward level.
“We will not register members of other political parties who are not known to have openly resigned their members of their previous political parties. If you’re a member of APGA, or APC, you must have resigned from those parties before we can register you in our party,” Nwobu said.
He said while the registration would be done at the ward level, there will be a local government monitoring committee and a zonal monitoring committee to oversee what is being done, to avoid abuse of the process.
The chairman stated that he is sure of absolute victory for PDP in the November governorship election, especially with the level of unity among members of the party.