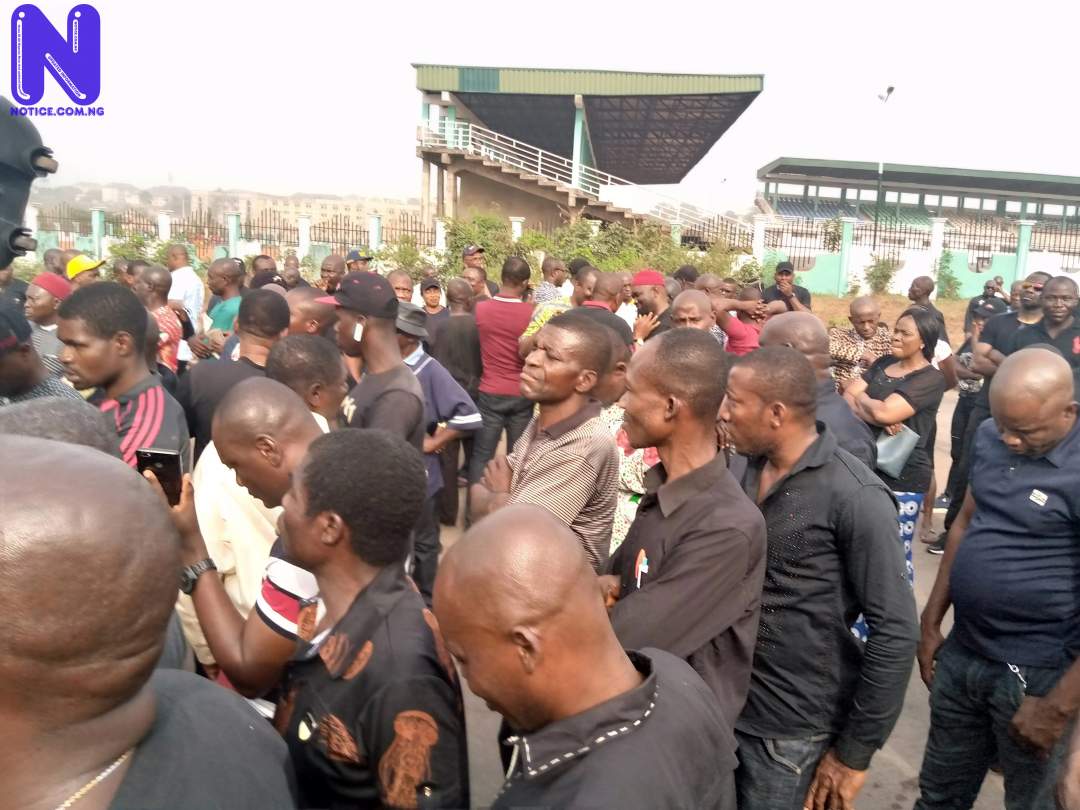 The Peoples Democratic Party, PDP in Anambra State on Sunday protested the judgment of the Supreme Court of January 14th, which sacked it’s candidate for the 2019 Imo Governorship election, Rt Hon Emeka Ihedioha for Senator Hope Uzodinma of All Progressives Congress, APC.

Members of the party in their thousands who thronged the Anambra State Judiciary complex, led by the state chairman, Mr Ndubuisi Nwobu called President Muhammadu Buhari to quickly Wade in, while also urging the judges of the Supreme Court to reverse themselves, describing the judgment as a travesty of Justice.

Nwobu who addressed journalists at the complex said, “We request that the judiciary should act as an independent arm of government.

“PDP in Anambra wish to state clearly their unreserved rejection of the Supreme Court Judgment delivered on Jan 14 2020 with respect to the Governorship election of Imo State.

“They want to foist Hope Uzodinma on the people of Imo State. There is no way a panel of seven judges, no matter how erudite can sit and decide the fate of the entire Imo people, after the people have made their choice.

“There have been instances where the Supreme Court reversed itself, so we are calling to question that judgment and asking the judges to accept their mistakes and remedy it urgently. That is what we urge the Supreme Court to do and not to ever make such a mistake,” Nwobu said.

Also, the Ex-governorship candidate of the party in the state in 2017, Mr Oseloka Obaze speaking on the court being the Apex court in the land said the judges are not infallible, and should be able to accept their mistakes.

“The only thing that is impossible is to live forever. The judges that passed this judgment are not infallible and the things (judgment) they did is not right and they must find the courage to reverse themselves.”

Members of the party who dressed in all black and numbering over 3,000 carried placards with different inscriptions against the Supreme Court to protest the recent judgment.