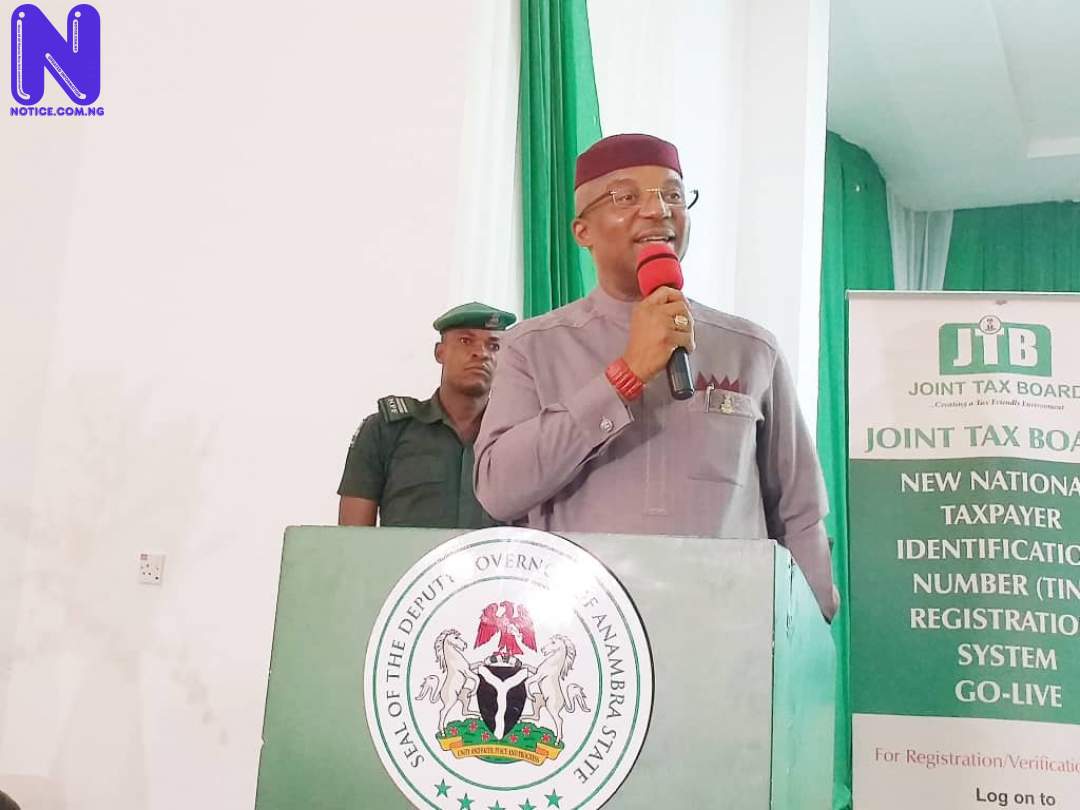 Tex Okechukwu, the National Publicity Secretary of APGA, in a statement forwarded to Press, on Wednesday night, alleged that the inability of the Deputy Governor to secure the governorship ticket of the party for the November 6 Anambra gubernatorial election necessitated the latter’s defection to the APC.

Press recalls that the Deputy Governor, Nkem Okeke, who first served as Anambra State Commissioner for Economic Planning, was welcomed into the APC by President Muhammadu Buhari, during a meeting on Wednesday, in Abuja.

But Okechukwu disclosed that the defection of the Deputy Governor was long expected as he had been grudging everybody over his failure to secure the APGA ticket during the just concluded primaries.

He also described as of no consequence, the deputy governor’s movement into the fold of the main opposition All Progressive Congress in Anambra State.

According to him, “the deputy governor had thought that the governor and the party were going to hand over the governorship ticket of the party in the last primary to him on a platter. When that didn’t happen, he started behaving abnormally, even to the point of insubordination and dereliction of duties”.

Okechukwu further revealed that APGA leadership viewed Okeke’s exit, without formal notification to the party or principal as uncalled for and ill-advised as Governor Willie Obiano had always treated him with respect, love and consideration.

He called on Governor Obiano not to be distracted by Nkem Okeke’s defection, which As stated by him, was a ploy to create a semblance of disunity in his government.

Okechukwu also urged the Anambra Chief Executive to remain resolute in delivering the dividends of democracy to the people of the state.

The national spokesman, who equally used the medium to frown at the desperation being displayed by the opposition APC in the build-up to the coming Anambra governorship election, called on members of the party to remain united to ensure that APGA wins the poll with wider margins.

Parts of the statement read, “Let nobody be deceived: APC has no root anywhere in Anambra State and that is why all that they do is going about luring political deadwood with money and other lucres.

“No matter the designs of the opposition and other subterranean forces, APGA is poised to win the forth coming election and continue with the massive infrastructural development going on in the state”.