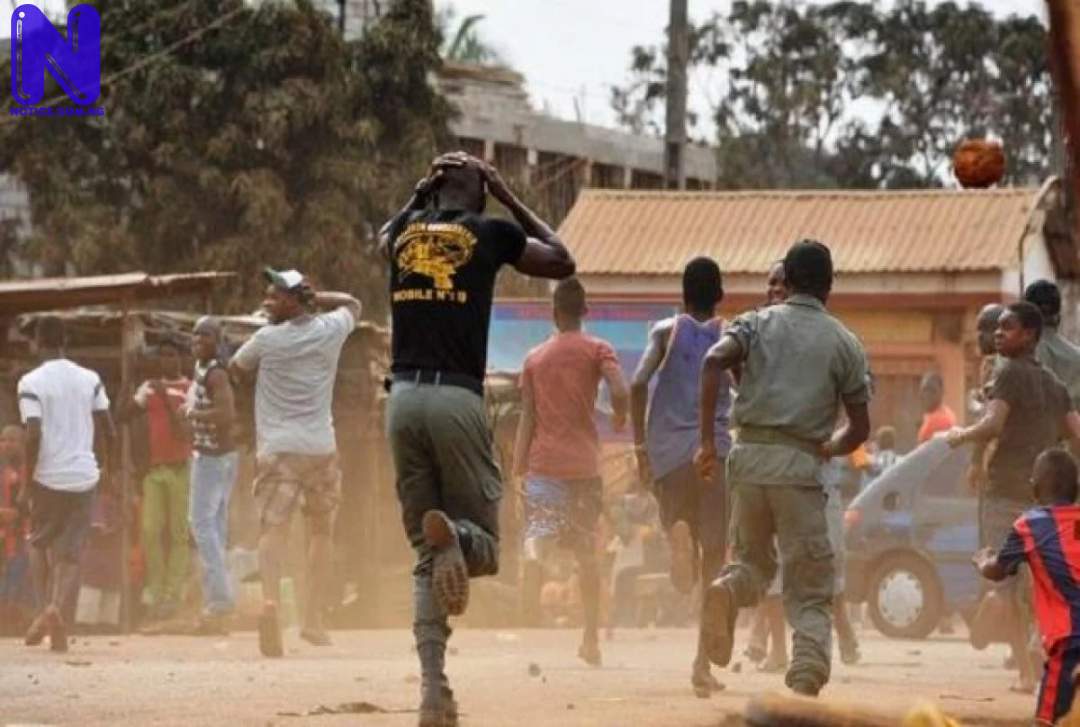 Two communities, Ezi Nkewelle and Osile Ogbunike both in Oyi Local Government Area of Anambra State have clashed over a disputed piece of land.
An eyewitness told Press that the conflict happened at the weekend when suspected hoodlums from one of the communities blocked the road and smashed vehicles belonging to passersby after they were stopped from gaining access to the land.
The eyewitness said there are fears of an escalation of the clash, as both communities are allegedly mobilizing to attack each other.
The Chairman of Ezi Nkwelle Community, Chief Wilfred Okafor who spoke to Press confirmed the clash, saying that the attack was from Osile Ogbunike community youths.
Okafor called on the Anambra State government to quickly intervene to avert a bigger clash, insisting that a monument promised by the state government to show a clear demarcation of the land for both communities have not been installed because the Osile Ogbunike community refused to make it’s contribution to the agreement.
He also blamed police for complicity in the clash, claiming that men of the state police command who had earlier stopped Nkwelle community members from accessing the disputed land could not do the same to Osile youths.
“When we came to take possession of the land a week ago because we have court judgements awarding us the land, police started shooting to scare us, I don’t know whether the police is playing a double game on the matter,” he said.
He wondered why the Anambra State government, especially the State boundary commission headed by the Deputy Governor, Dr Nkem Okeke was keeping quiet over the disputed land when the Nkwelle community already has a Supreme Court judgment as real owners of the land.
“They (Osile) went to the State Boundary Committee headed by the Deputy Governor Dr. Nkem Okeke. We decided to honour the boundary committee irrespective of the fact that we have court judgements on the land.
“In 2020 the boundary committee gave their ruling and divided the land, the deputy governor signed it before everybody even part of the land was given to Ogbunike people.
“We were told to pay for expenses to put monuments to separate the land. They gave us a bill of N1.85million which we paid to the purse of the state government but Osile Ogbunike refused to pay and the committee could not put the monument up till now.
“So, I wonder why the Anambra State government is keeping quiet on this. Is it because the wife of the governor is from the community?” He asked.
When Press contacted the police spokesman, CSP Mohammed Haruna, he insisted that the Police exists for the purpose of making peace and averting security breaches.
He denied that the command was on the side of anyone in the disputed land matter.
“We did not stop anybody from executing court order, instead police responded to a distress call of the imminent breakdown of law and order by hoodlums who blocked the highway and smashed windscreens of oblivious motorists in the area.”
Mohammed said the timely intervention of police calmed the situation leading to the restoration of normalcy and the free flow of traffic.