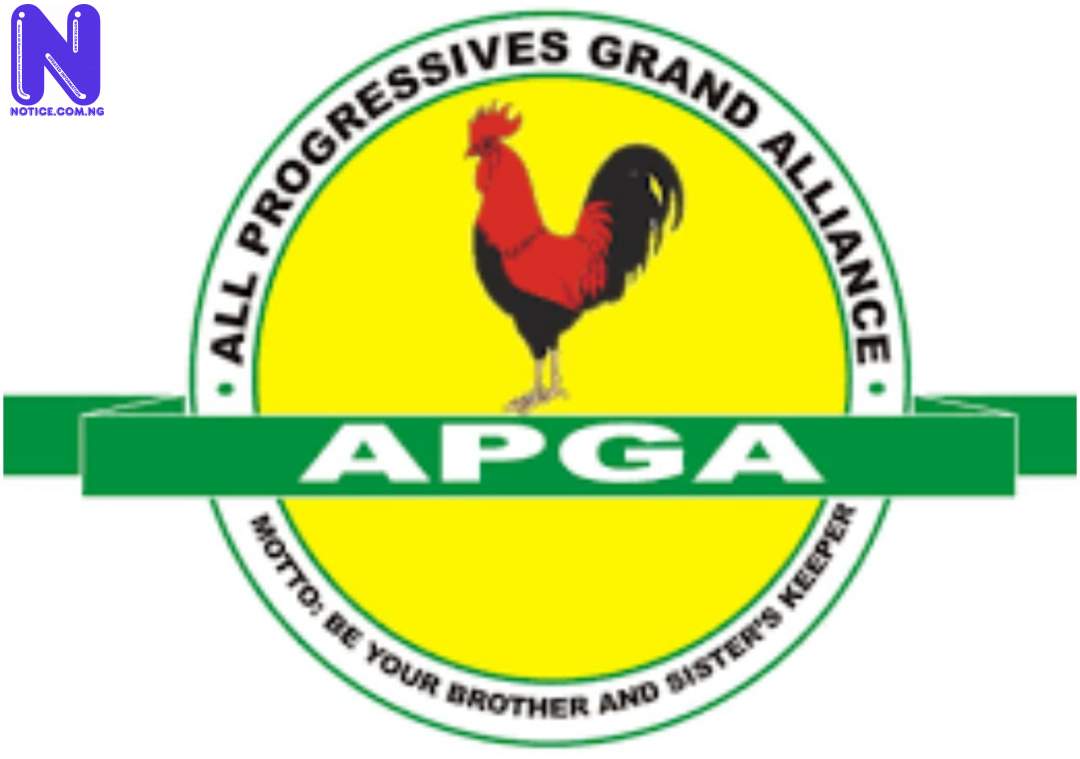 The stakeholders emphatically criticized the defection, describing the action as unconstitutional and undemocratic.

Press reported that Okeke, who first served as Anambra State Commissioner for Economic Planning, was welcomed into the party by President Muhammadu Buhari, during a meeting on Wednesday, in Abuja.

But reacting in an interview with Press, on Thursday, the APGA Chairman in Imo State, Hon John Iwuala, stated that the party is not perturbed by the Okeke’s defection to the APC, insisting that his exit has relived APGA of the great burden of having such clueless and uncontributing member whose professional qualifications, As stated by him, deceived the party into nominating him as deputy governorship candidate of the party.

Iwuala described Okeke as an integrity-disabled politician and also disclosed that he has never proven himself as an asset to the party and the people of the state.

Also, the ex-National Publicity Secretary of the All Progressive Grand Alliance, Barrister Ifeatu Obi-Okoye, posited that Okeke’s defection to the APC was for personal pasture, more than any desire to serve the interest of ndigbo.

He also maintained that the action of the Deputy Governor was politically inconsequential and non-sequitur to the fortunes of APGA either at his electoral ward, local government, or at the state level come the November 6th governorship election in Anambra.

According to him, “Evidently, Dr. Nkem Okeke’s drift to the APC is for personal pasture, and not in the interest of Igbo nation. Whereas APC may see him as a big catch, he remains a political paperweight in the politics of Anambra State.”

On his part, an APGA chieftain, Don Adinuba, opined that the defection of the number two citizen of the state is unconstitutional.

Adinuba further posited that the Deputy Governor who was elected on a joint ticket under the platform of the All Progressive Grand Alliance with Governor Willie Obiano in 2013 and had their mandate renewed in 2017, should toe the honorable path and resign from office.

Dr. Uche Nworah expressed disappointment that by virtue of Okeke’s position, he never hinted at decamping to the All Progressive Congress, being the political leader in Enugwu-Ukwu and Njikoka local government area of Anambra state.

He stated that the latter is on his own as the majority of the party leaders, members and supporters were not informed over the defection.

Nworah, in spite of that, used the medium to reiterate the overwhelming supports and readiness of people of the local area to secure a win for the candidate of the All Progressive Grand Alliance, Professor Charles Soludo, in the coming November 6 poll.

His words, “Like everyone else, we saw the viral pictures of the Deputy Governor, Dr Nkem Okeke holding the APC flag at the State House in Abuja on Wednesday.