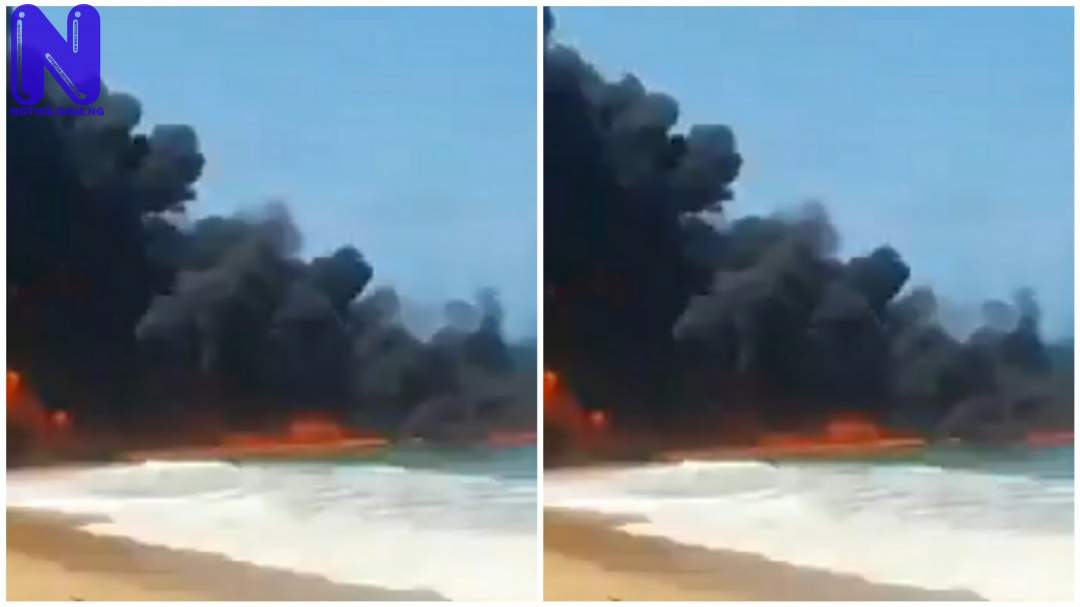 Prior to 1960s, there was no international policy for protection of the environment. The reason this was so was the low level of industrialization and urbanization. in spite of that, as the 60s came was the increased craving for industrialization? Consequently, there was an international recognition for the need of an institutional framework that would guide the process of protecting environment. This gave birth to United Nations Conference on the Human Environment of 1972.

The Koko Incident of 1988 can be described as the rude awakening from the slumber Nigeria had found itself in terms of environmental protection. After the discovery of harmful waste dumped at Koko, old Bendel State, the Nigerian government relying on Section 20 of the 1999 constitution moved swiftly to enact the Federal Environmental Protection Act. This has birthed many policies and laws targeted at protecting the environment.

Few weeks ago, Ilashe Beach, Badagry caught fire. Many were left wondering whether it was another moment of "God being angry at Nigeria because of our sins". in spite of that, further research has shown that there was an oil spillage in the beach which led to the fire. Instead of further panics, it's time to make an urgent cry for strict enforcement of environmental rules which are more than enough.

Quite recently, there was a report made by Adefemi Akinsanya of Arise TV which also shows how marine plastic litter is contributing largely to environmental pollution in Lagos. Sachet water waste, bottle water waste are one of the top polluters of marine and aquatic life in Lagos. Instead of looking at ways in curbing these pollutions, we're rather working on recycling the waste. Prevention is better than cure, in this case we're not even curing what we've failed to prevent.

While we should focus on campaigns that would make government have political wills to fight this menace, there’s a personal capacity that can make private individuals, NGOs and government institutions enforce the environmental laws. A polluter can be sued for the tort of nuisance. In the case of HELIOS TOWER LTD v. BELLO & ANOR (2015) LPELR-CA/EK 71/2014, the court held that a case of nuisance subsists even if the injury is to the public. Hence, a suit of nuisance against a polluter is sustainable. The polluter can also be sued under the provisions of Section 20 of the Constitution. Section 20 provides for environmental rights. in spite of that, on the basis of Section 6(6)(c) of the Constitution which says that provisions of Chapter 2 cannot be enforced in court, the suit might not be sustainable.

Polluting persons or companies can be sued under Article 24 of the African Charter on Human Rights People’s Rights (Ratification and Enforcement) Act which guarantees the right to good environment. Provisions of the African Charter are binding on Nigerian courts because it has been domesticated by our National Assembly in line with provisions of Section 12 of the Constitution. Furthermore, Paragraph 3(e) of the Fundamental Rights (Enforcement Procedure) Rules provide that no human rights case can be struck out for lack of locus standi. Hence, the polluting person/company cannot argue that the person suing him has no locus standi. Fortunately enough, Jonah Gbemre v. Shell Petroleum Development Company is a very strong case to hold onto.

In conclusion, there's a need for the government to make full commitment to the enforcement of these laws by ensuring a thorough environmental impact assessment in all developmental plans. There's also a need for our laws to be amended to make way for heavy punishment and pollution tax. While there must be levy and tax for companies contributing to environmental pollution, there's also a need to review Section 251 (1) (n) of the Nigerian constitution which gives the high court the exclusive jurisdiction to entertain suits on the prosecution of environmental pollution cases and allow other courts to try it.

Abass Oyeyemi can be contacted via [email protected]