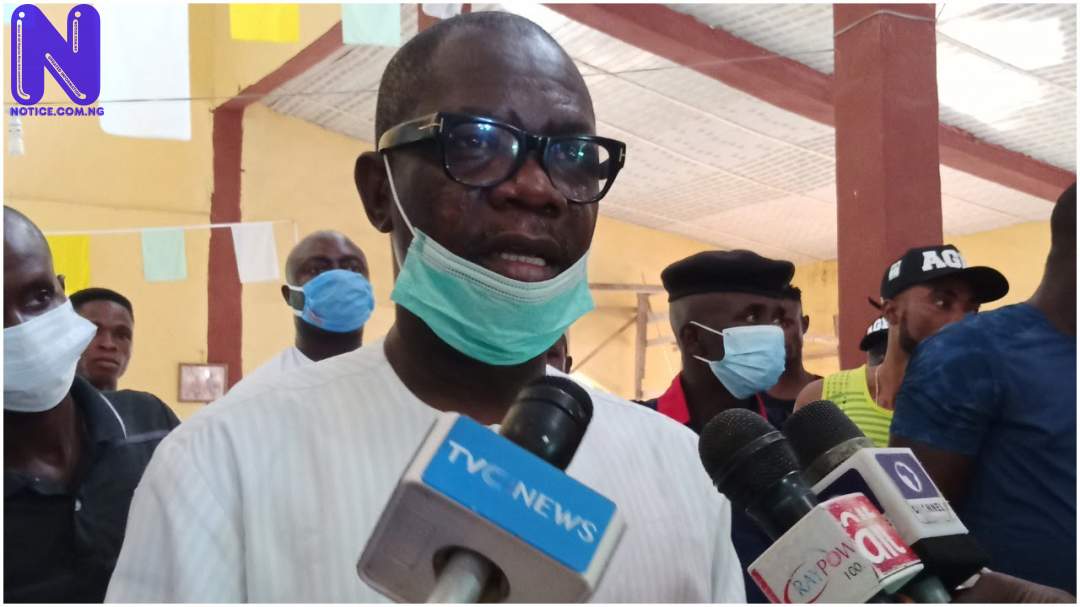 Following the outbreak of fire at the headquarters of the Independent National Electoral Commission, INEC, in Ondo State, the Deputy Governor of the State, Agboola Ajayi has alleged that the inferno was an act of desperation by some persons.
According to Ajayi who spoke through his Media Aide, Allen Sowore, a probe panel must be instituted to unravel the cause of the mysterious fire.
On Thursday night, fire gutted the ICT section of the commission where 5141 units of card readers meant for the October 10 governorship election were burnt and destroyed.
The Deputy Governor who is the candidate of Zenith Labour Party, ZLP at the forthcoming governorship poll said, “Over 5000 card readers were lost in mysterious fire outbreak in Ondo INEC office less than 30 days to the election.
“All the authorities concerned must immediately institute a probe. Nobody should tell us any balderdash about this. It’s simply an act of desperation.”
Meanwhile, INEC had stated that the incident will not affect the already scheduled election, adding that the cause of the fire is yet to be ascertained.