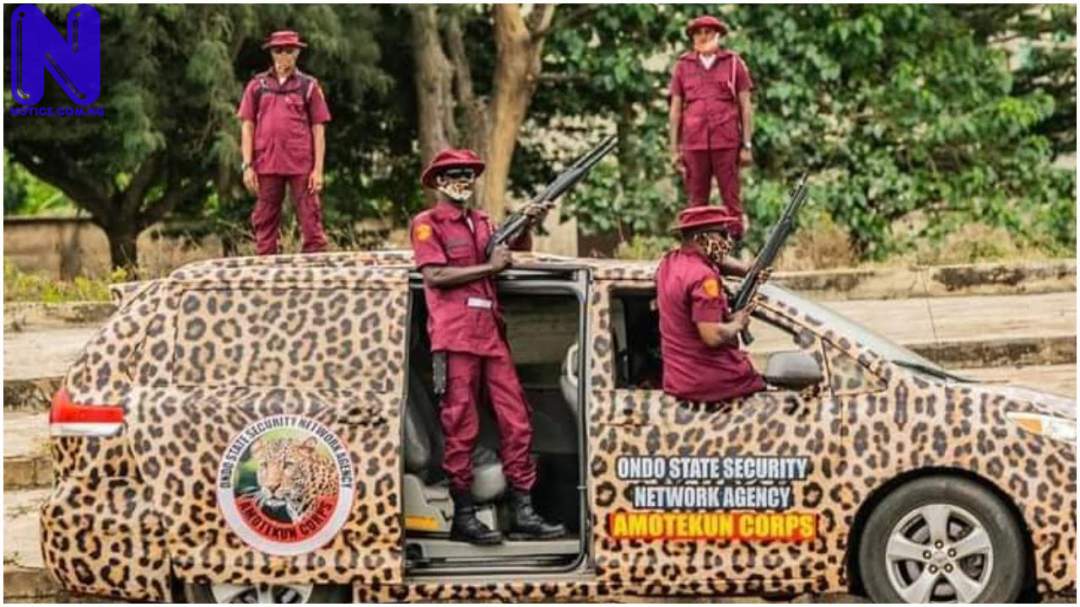 The Western Nigeria Security Network (WNSN) also known as Amotekun, has said that its men have recovered arms, ammunition and three sets of military uniforms in Oyo State.

The security agency also explained that it also recovered a Navy cap, raincoat and some illicit drugs.

Amotekun noted that its operatives discovered the items inside a bag found in a bush within the state last Friday.

Amotekun Commandant, Olayinka Olayanju, made these revelations on Monday in Ibadan, the state capital

Press recalls that Amotekun was established by governors of the six states that make up the present South West Nigeria.

The new security agency was established so as to tackle issues of insecurity occasioned by kidnapping and armed robbery in the region.

Olayanju, while speaking, said that the discovery was made during the combing of bushes following the recent kidnappings on roads in the state.

He said that the security agency combed the bushes and made the discovery.

He added that Amotekun got information last Friday that some armed men were sighted and even attempted to vandalise computers in a certain area overnight.

He said, "Though none of them was seen, a thorough combing of the area led to the discovery of a bag in which was found the AK-47 rifles, magazines, three pairs of military uniform with belt and jungle hats, 50 pieces 7.62mm, Navy cap and raincoat and various illicit drugs.”