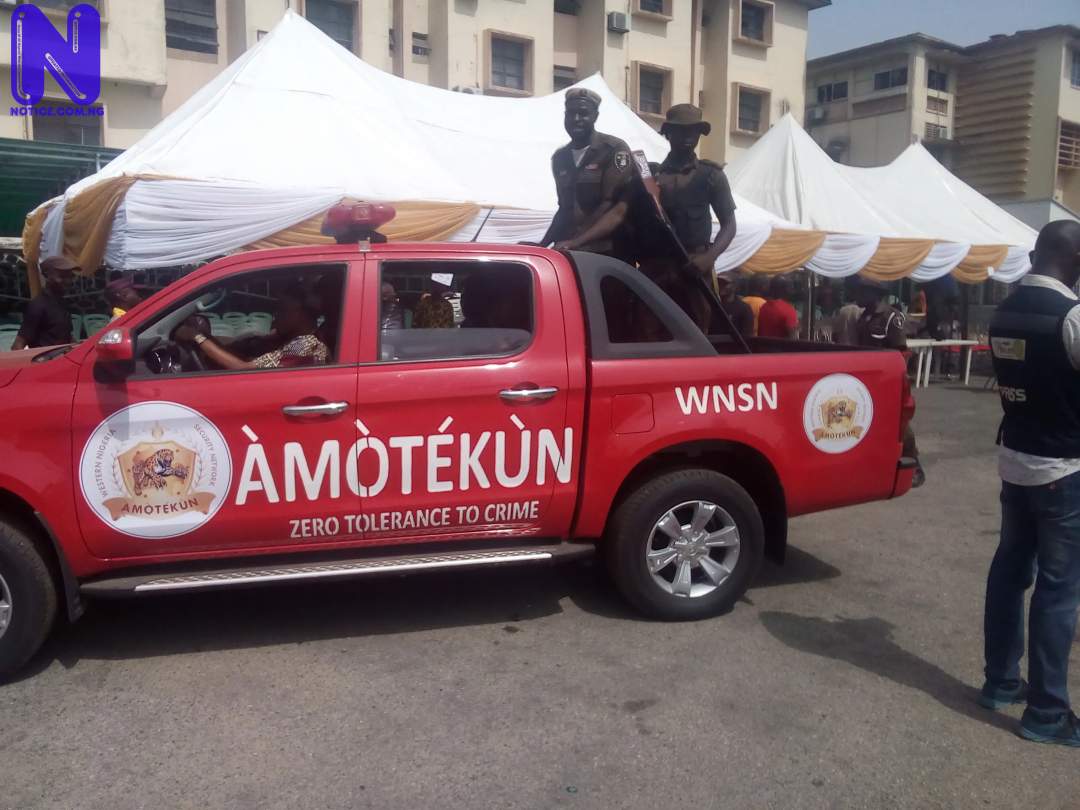 The Western Security Network, Amotekun, Osun has described as false the information in some quarters that its personnel have been going about in marked vans, harassing citizens and residents of Osogbo.
Speaking to Press, the Assistant Head of Media and Publicity to the Field Commander, Yusuf Idowu stated that those harassing residents in those locations were not Amotekun personnel but members of other security outfit who go about tagging themselves as Amotekun.
He disclosed that Amotekun Osun is a well coordinated government security outfit under the supervision of the field commander, Comrade Amitolu Shittu.
According to him, “The Amotekun Corp is always recognised with their red customised van and not with any other security vans or motorcycle.
“Any person parading himself as Amotekun without these listed identities is a fake personnel. The public knows us and are confident in what we do and stand for.
“So far in Osun, under the leadership of our able Field Commander, we have collaborated with the Nigeria Police in bringing to book some criminal elements and where we make arrests, we duly transfer them to the police authorities for prosecution.
“Every security outfit these days want to call themselves Amotekun, but the real Amotekun Corp are the ones under the supervision of Comrade Amitolu Shittu and we are disciplined people.
“Those people are not members of Osun Amotekun at all. Amotekun is well known and popular. Our identity in all the South West states is one and the same”, he added.
Residents of Ayekale and Olobedu areas of Osogbo had alleged that some persons in vans marked with the names of a particular security outfit in the state armed with weapons have been harassing and tormenting them endlessly.
Making their complaints known, they described them as hoodlums who come around harassing them and claiming to be members of the state government recognised security outfits.
They called on the state government and the Nigeria Police to come to their aid in order to protect their lives and property.