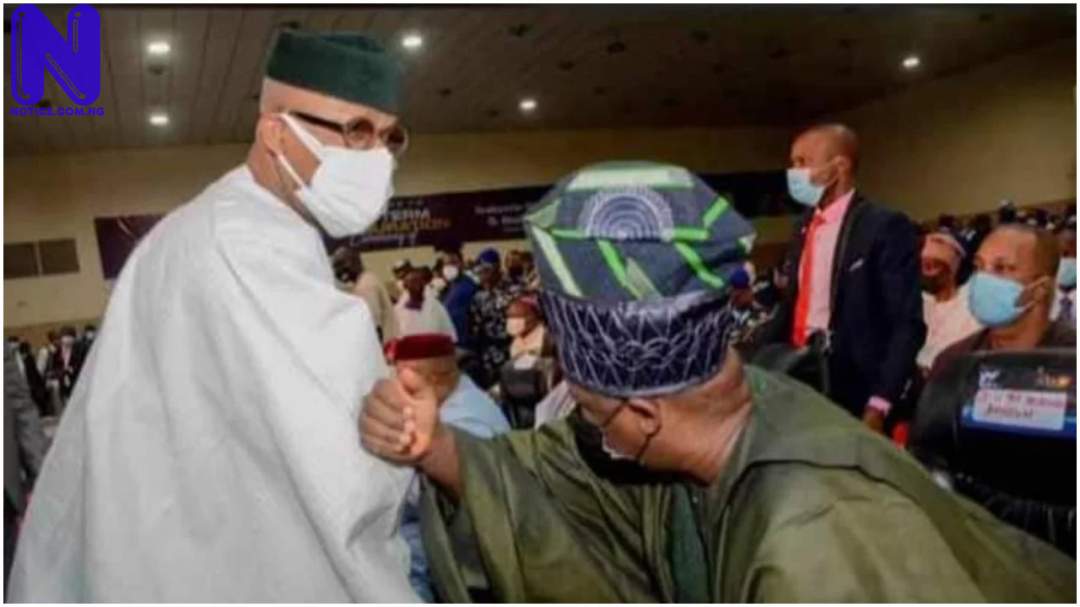 Ogun State Governor, Prince Dapo Abiodun and his predecessor, Senator Ibikunle Amosun, met today for the second time since the 2019 governorship election.
The duo of Amosun and Abiodun met on Wednesday at the second term inauguration ceremony of Governor Rotimi Akeredolu of Ondo State in Akure.
At the occasion, Amosun and Abiodun were seen exchanging pleasantries.
The two greeted each other in the COVID-19 style, avoiding the traditional handshake.
Press reports that this is the second time Amosun and Abiodun will be seen in such friendly disposition after the crisis that trailed the 2019 elections in the state
The duo had met during the wedding ceremony of a son of Ex-Governor Gbenga Daniel of Ogun months ago.
Press recalls that the politicians used to be good friends until 2019 when they went their separate ways as a result of the controversial primary election of the All Progressives Congress (APC) in Ogun.
Since then, the two political leaders have been at loggerheads with each other, thereby creating factions in the Ogun Chapter of the APC.