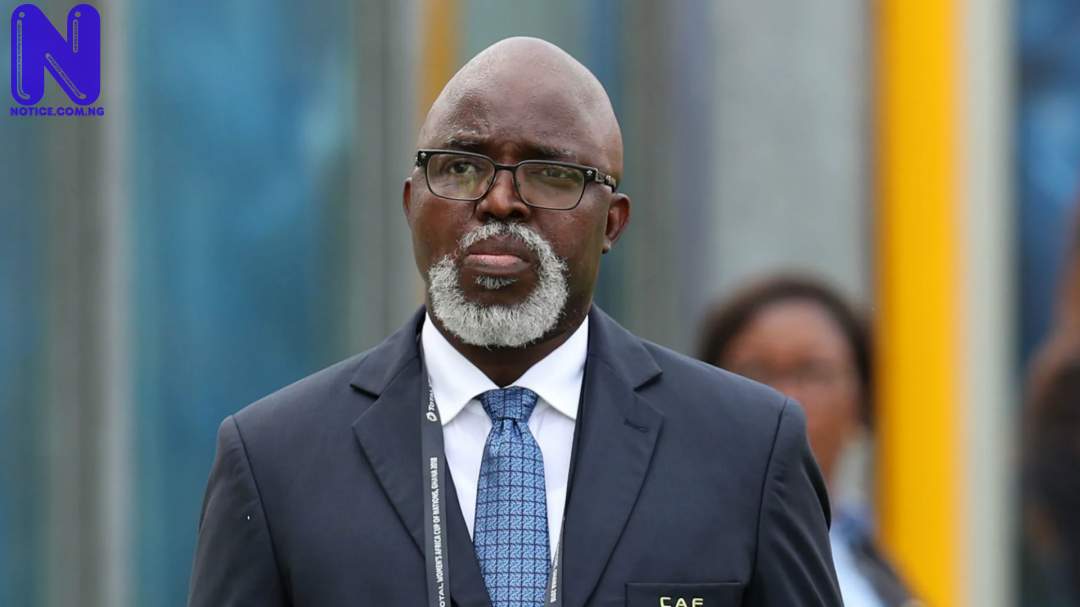 The president of the Nigeria Football Federation (NFF), Amaju Pinnick, has warned the Super Eagles players that it won’t be business as usual after they failed to beat Sierra Leone in the 2021 AFCON qualifier encounter on Friday.
Pinnick also said that he would hold a talk with Super Eagles coach, Gernot Rohr, adding that there are some things he wouldn’t accept any more in the team going forward.
The Super Eagles went four goals up in the first half at Samuel Ogbemudia Stadium in Benin City, but ended up drawing 4-4 with Sierra Leone.
“I am very emotional now, I feel very pained, I’m not going to lie to you. When I was coming I was told to cheer them up,” Pinnick told Super Eagles TV ahead of Nigeria’s AFCON qualifier return leg tie against Sierra Leone on Tuesday.
“No, I’m not going to cheer you up, I can’t cheer up and remain pained, let us suffer the emotions together. I can’t cheer anybody up, not anymore.
“I have told you, and I mean it, if you go I’m going to be sitting with your coach, there are some things we are not going to accept any more.
“When I saw your captain’s mood, I knew, because he’s one person that loves his country beyond comprehension, if everybody can demonstrate that, so please rotate the blame.”