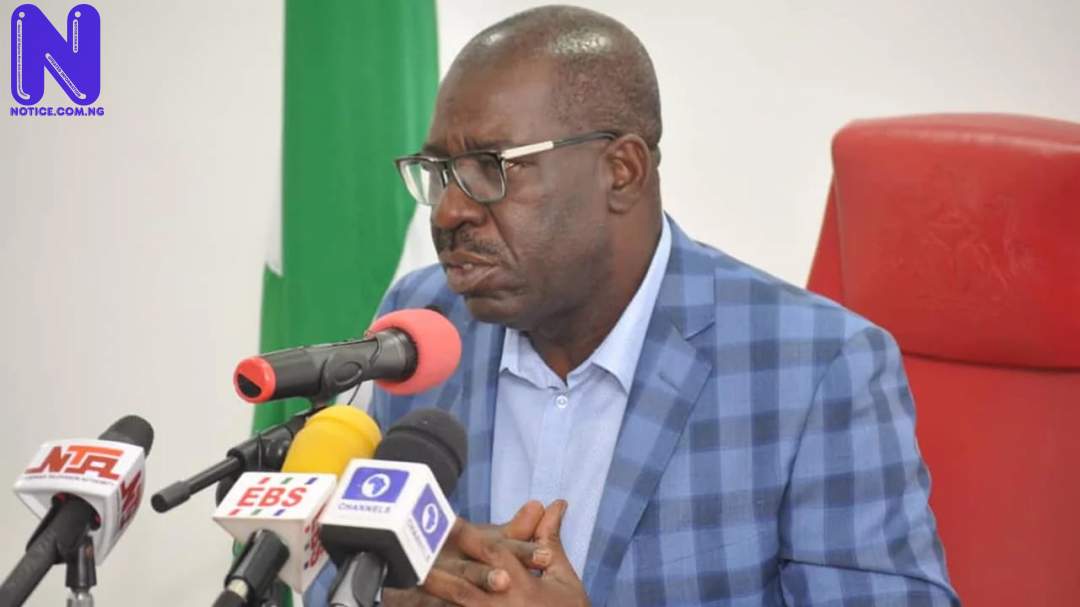 Governor Godwin Obaseki of Edo, has said that the Minister of Transportation, Rotimi Amaechi, has vindicated him on the cancellation of a maritime security contract awarded to Hosa Okunbo.
Recall that Chairman of Ocean Marine Security Limited (OMSL) Hosa Okunbo, had in an open letter, accused Governor Obaseki of influencing the cancellation of the contract.
Obaseki had also denied having a hand in the termination of the contract.
And in a statement on Saturday, Crusoe Osagie, Obaseki’s spokesman, said that the Minister vindicated Obaseki when he(Amaechi) appeared on an AIT programme on Friday, and gave reasons for the cancellation of the contract.
Osagie quoted Amaechi as saying that his Ministry cancelled the maritime security contract, which Okunbo’s OMSL was undertaking, because the deal was laced with fraud.
Osagie quoted the Minister to have said on AIT, “What security was he (Hokunbo) providing?” .
Speaking further, the Minister said Hokumbo “charges each vessel on the waters 2,500 dollars, then after that 1,500 everyday,” adding that the company does not pay back that money to the Federal Government.
“He makes 17 million dollars from that activity, who approved it, nobody! So as minister for transport, I said no, we can provide that security…”
Osagie, in reaction to Amaechi’s comments, said the clarification has shown that Obaseki had no hand in the cancellation of Okunbo’s maritime security contract.
The statement added, “We are glad that the Minister of Transportation, Rt. Hon. Rotimi Amaechi, came on air to lay this issue to rest in the minds of some Nigerian People.
“For us, Amaechi’s clarification reinforces what we have always believed.
He said the Minister’s clarification ended the argument over who was responsible for the Okunbo’s contract termination.