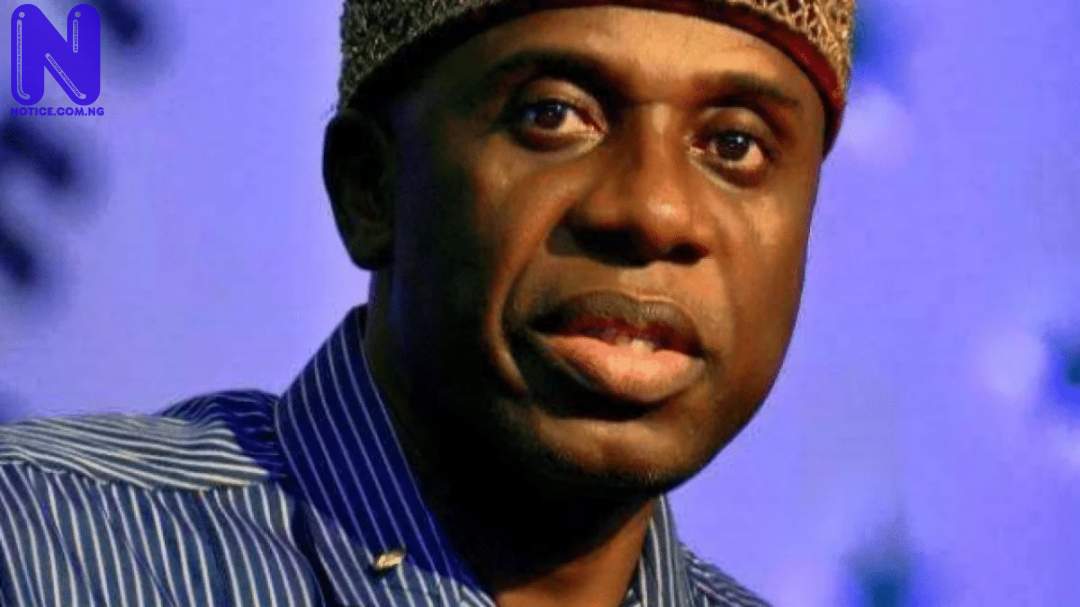 The Conference of Nigeria Political Parties (CNPP) has demanded that the Minister of Transportation, Rotimi Amaechi should immediately step aside.
The body based its call on the probe of the alleged lethal clauses in Article 8(1) of the commercial loan agreement signed between Nigeria and Export-Import Bank of China.
The agreement allegedly “wills the sovereignty of Nigeria” in the $400 million loan for the Nigeria National Information and Communication Technology (ICT) Infrastructure Backbone Phase II Project, signed in 2018.
The People’s Democratic Party (PDP) has raised the alarm over the loan.
On Sunday, CNPP Secretary General, Willy Ezugwu, commended the Chairman House Committee on Treaties and Agreements, Nicholas Ossai “for observing the anomaly and not succumbing to the Minister’s antics aimed at truncating the probe.”
He frowned at the attempt by the Minister to stop the investigative hearing into some of the agreements signed between Nigeria and China while responding to various questions on the ongoing modernization of railway projects being implemented by his ministry.
“We are aware that the Minister is expected to appear again before the House of Representatives on 17th August, 2020, over the ongoing investigation into the commercial loan agreement signed between Nigeria and Export-Import Bank of China to the tune of $5.3 billion.
“For us, for Mr. Rotimi Amaechi to urge the House Committee not to investigate the terms of the loans being received by the federal government because he believed that the probe will jeopardize the chances of the country getting further loans is nothing but a cover up attempt that must be strongly resisted.
“The Minister’s further argument that China was monitoring happenings in Nigeria and the probe will send a negative message to the Asian country about Nigeria is clearly an affront on the intelligence of the Nigerian people.
“We believe that the real fear of the Minister of Transportation is that if the probe continues, at the end of the day, his deeds against the Nigerian people will come to the open.
“The CNPP hereby called on the minister to step aside for proper investigation as he has proven that, by his defence in favour of the defective loan agreement, he has something to hide.
“The CNPP is keeping track of the Minister’s ongoing argument in the media and is currently consulting with relevant civil society organizations on the next line of action on the matter”, the statement read.