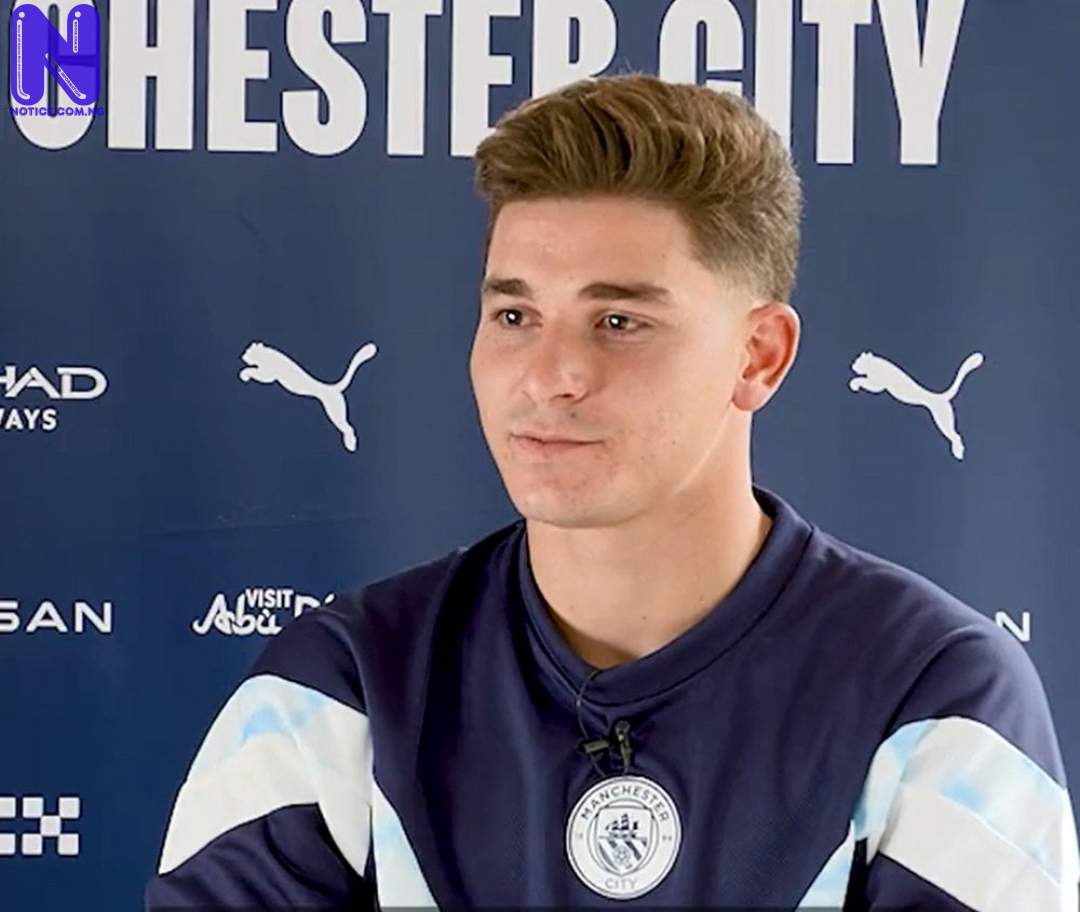 Manchester City striker, Julian Alvarez has revealed that he and Manchester United defender, Lisandro Martinez, talked about both teams’ Premier League derby on their flight back to Manchester after being away on international duty.

Alvarez is set to clash with his Argentine teammate Martinez when Man City host Man United in a Premier League derby on Sunday afternoon at Etihad Stadium.

Alverez also admitted that he is “excited” to sample the atmosphere of a Manchester derby for the first time this weekend.

“I think it is one of the most watched and most important classics in the world. It’s going to be nice to be there and we hope there will be a great game.”

He added, “Yes, we [I and Martinez] travelled together on the return to Manchester.

“We were talking and making some jokes about the game on Sunday, always wishing each other the best and to have a great game.”