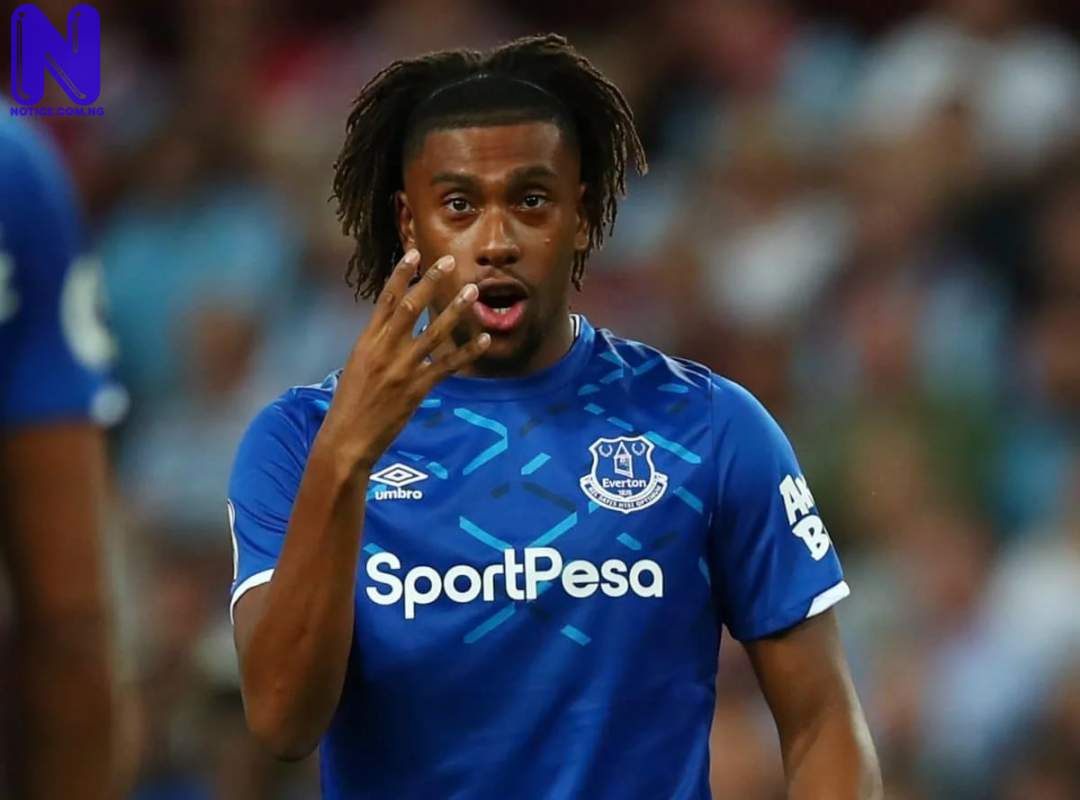 Ex-Super Eagles defender, Ifeanyi Udeze, has advised Alex Iwobi to leave Everton.
Iwobi moved to Goodison Park last year after spending 16 years at Arsenal.
Everton paid £28 million for the 24-year-old, but the Nigerian forward has struggled to impress at the club due to poor form and fitness.
Iwobi was not included in Carlo Ancelotti’s squad for the 1-0 win at Tottenham Hotspur on Sunday.
Udeze, speaking on Brila FM, feels it is time for Iwobi to move to another club.
“I think Iwobi should look for another club especially with James Rodriguez signed it will be difficult for him to play,” he said.
“Imagine against Tottenham he did not make the bench and even the squad. So for me, he should start looking for another club.
“It’s painful for me but as it is, I think the best thing is for him to go elsewhere.”