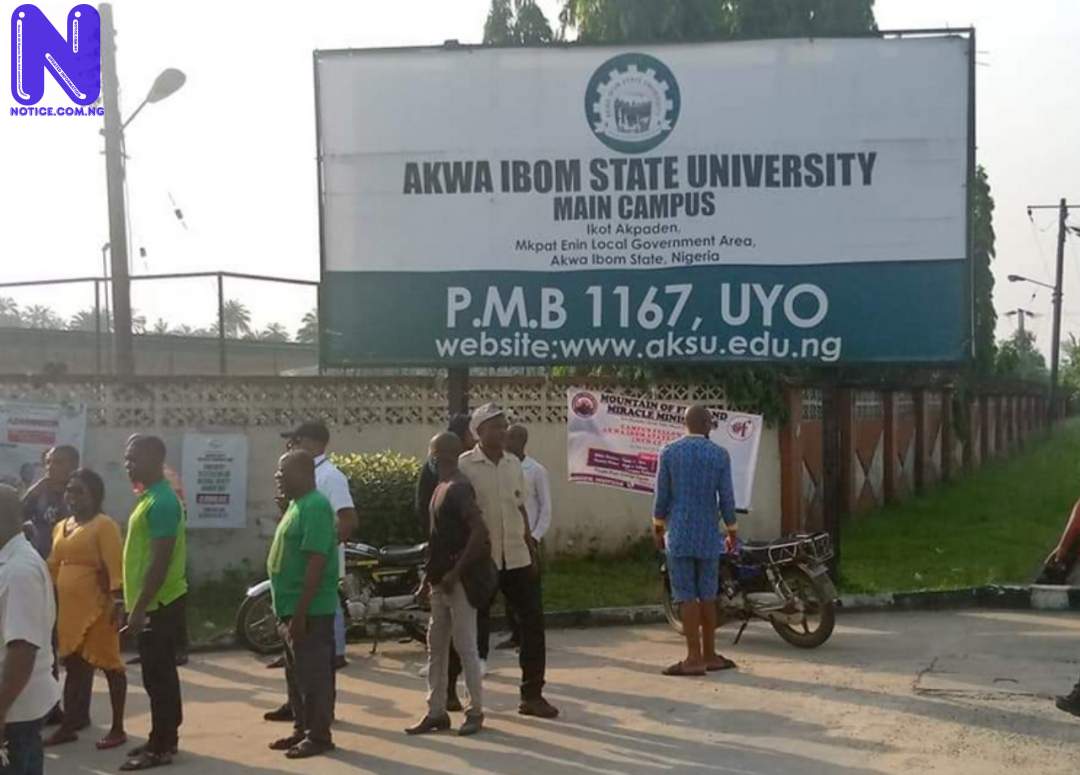 The Akwa Ibom State University Staff Unions, under the aegis of Joint Action Committee, has called off its seven weeks industrial action.

The unions embarked on the strike which commenced on April 19, 2021, over the 25% unpaid salary arrears, unpaid leave allowance, and payment of salaries on a percentage basis.

However, a statement issued at the end of a meeting held on Monday, organised by the Akwa Ibom State Assembly Committee on Education led by Hon. Godwin Ekpo, with the Management of AKSU led by the Vice-Chancellor, Professor Nse Essien, Heads of the four labour Unions led by Dr Ime Okop and the Commissioner for Education, Hon. Idongesit Etiebet indicated that the unions resolved to suspend the strike after reaching some resolutions.

The statement said the stakeholders agreed that the State Government would commence full payment of the workers’ salaries and the payment of their leave grants.

They also resolved that the state government would pay in tranches the 25% salary arrears of 11 months owed union members, adding that payment should be rounded up by December 2021.

The resolutions as contained in the statement read in parts, “The Akwa Ibom State University Staff Unions under the aegis of Joint Action Committee shall on Wednesday, June 9, 2021, suspend the strike.

“In November 2021, the Akwa Ibom State government shall pay to staff of AKSU the last tranche of 25% salary arrears of 2020 for the remaining two months along with 100% of November 2021 salary.

The statement, in spite of that, warned that no person or group must be victimized for being involved in the strike action which led to the resolutions.