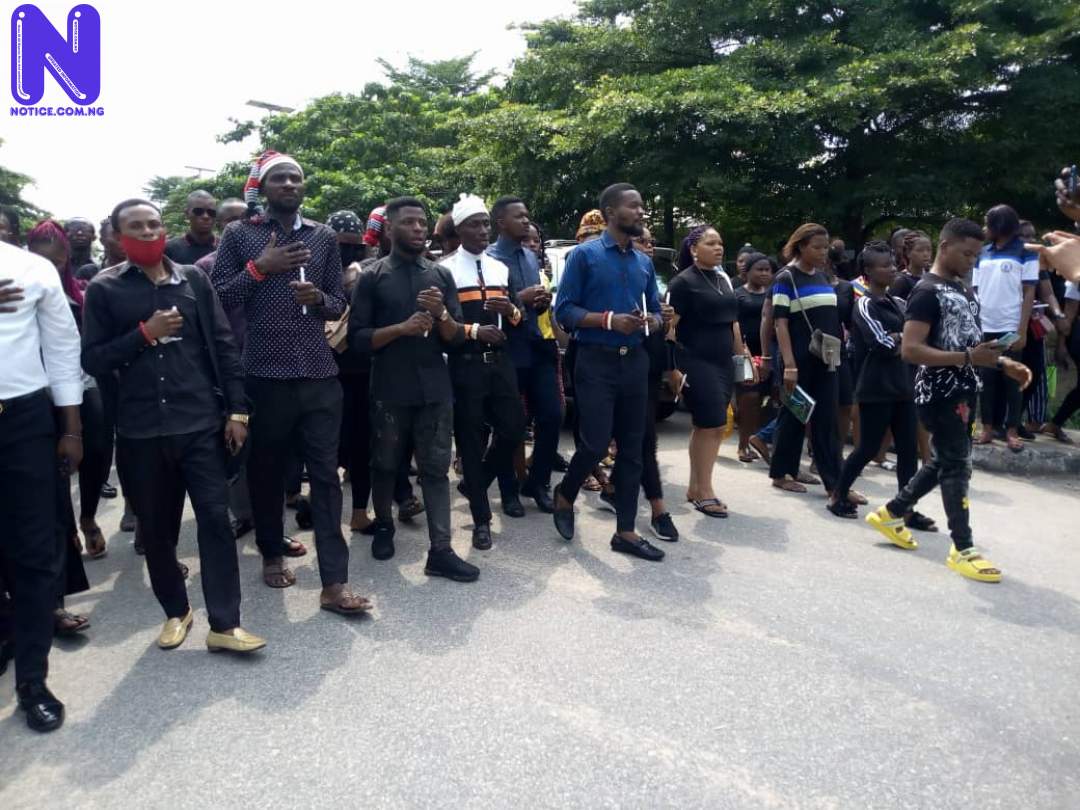 The Rector of the Akwa Ibom State Polytechnic, Ikot Osurua, Barr. Moses Umobong, on Friday joined the candlelight procession organised by students of the institution in honour of two prospective National Youth Service Corp (NYSC) members who lost their lives in an automobile accident on their way to Katsina.

Out of the four graduates that died in the fatal accident, two persons, Victor Joseph Akpan and Innocent Peter Upere, were graduates from the Department of Mass Communication of the polytechnic while the other two were graduates of University of Uyo.

University of Uyo had earlier declared a one week mourning for the victims which started on Thursday, July 29, 2021.

The students, dressed in black attires, began the procession outside the school gate and walked slowly round the polytechnic with candlelights while some displayed placards with various inscriptions which read; “R.I.P comrades” , “Akwa Poly will miss you comrade Victor and Miracle”, “R.I.P Akwa Poly Warriors” among others.

The SUG President, Emmanuel Udonnkwo, while addressing the gathering called for sober reflection by all and prayed for God’s intervention against death in the institution.

He said, “Today calls for sober reflection by all of us students and staff of this institution and we pray for God’s intervention to avert further death in our school.”

The team later led a delegation to visit the family of the late Victor Joseph Akpan at Ndinya Mfia, in Ikono LGA, where they were received by members of the family.

Speaking during the visit, the Rector expressed grief over the death of the deceased saying he was a “great asset” to the polytechnic. He condoled with the family and prayed to God to grant them the fortitude to bear the irreparable loss.