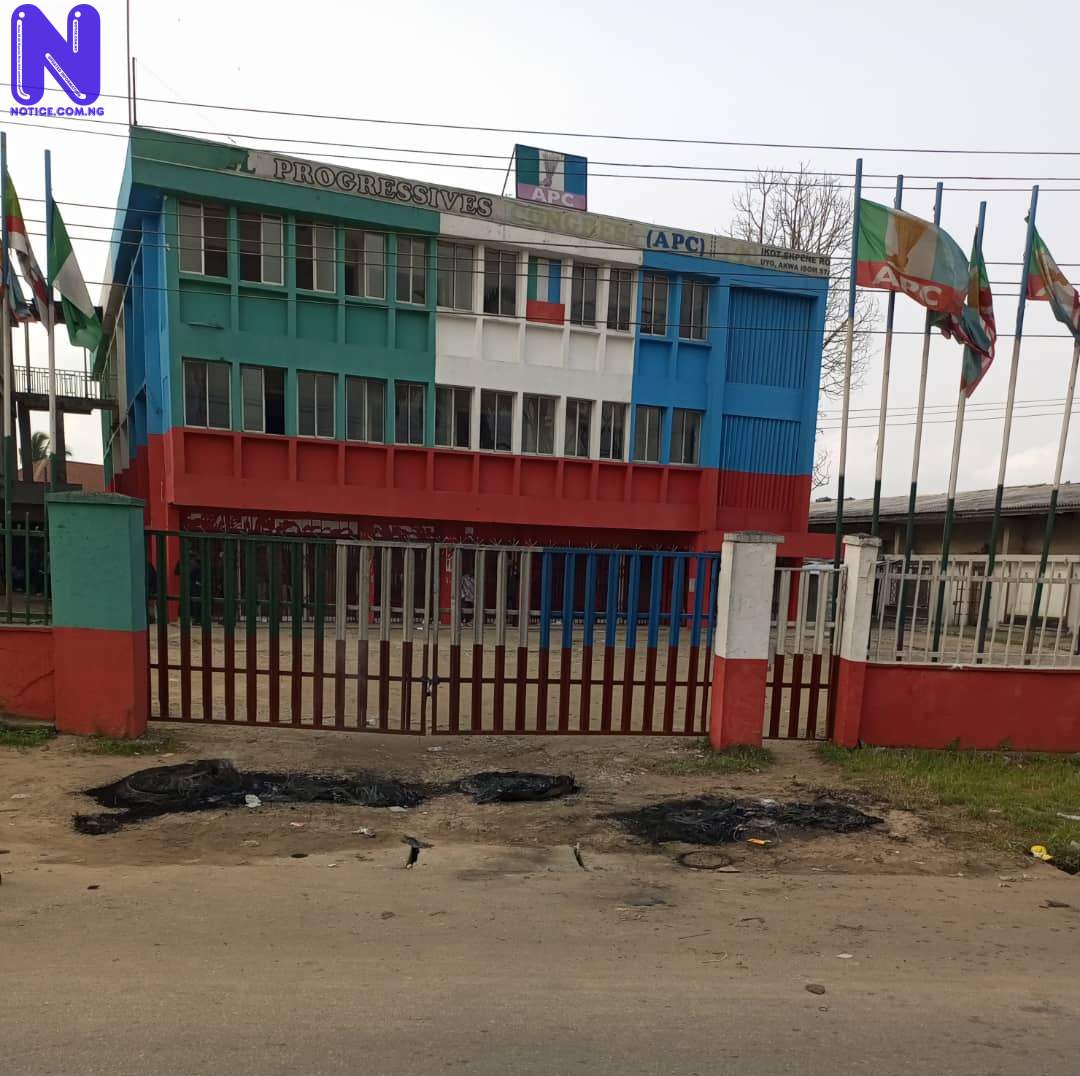 The ward congress of the Akwa Ibom State chapter of the All Progressives Congress, APC, was held despite the protests that rocked it.

The party secretariat located at Ikot Ekpene Road Uyo, the State capital, were lit with a bonfire and protesters were seen displaying placards with inscriptions such as: “Udoedehe cannot decide for us in Akwa Ibom", "The list cannot stand", "We reject this shambolic manipulation by one man", "This congresses cannot hold" and "Enough of one man dictatorship in Akwa Ibom APC.”

It was gathered that the protesters were alleged supporters of the Minister of Niger Delta Affairs, Senator Godswill Akpabio, and they were calling for the cancellation of the ward congress.

One of the protesters said, “The National Caretaker Secretary, Senator John Udoedehe, had fraudulently manipulated the lists to include only his loyalists as candidates for the wards and chapter congresses.

Addressing journalists, a youth activist, Mr Effiong Bassey said the exercise is a sham, saying they would no longer tolerate a situation where one person will hijack the whole process.

His words, “We want the whole world to know that this sham is happening in Akwa Ibom. The party in the state has come under the iron-grip of one man just because of his ambition to rule the state in 2023."

"We don't know how he wants to achieve this if the party is balkanized with elements of disharmony holding sway."

They, in spite of that, called for the removal of the Ex-Minister of State for the Federal Capital Territory, adding that "only his sacking will bring peace and force other members who left the party to return and rebuild the party for 2023."

Also Stakeholders of the party under the aegis of APC Elders Forum led by Board of Trustees Group Captain Sam Ewang, on Friday passed a vote of no confidence on the state care-taker Chairman, Dr. Ita Udosen, alleging he was playing the card of Senator Udoedehe by manipulating the exercise and doctoring the candidates' lists in his favour.

READ ALSO >>> Goodluck Jonathan, other members will get waivers if they join us – APC - 2023

But all these never stopped the ward congress to be held today, Saturday as activities in other wards went smoothly.

The Publicity Secretary of APC in the State, Nkereuwem Enyongekere, who spoke with our correspondent, said the congress was peaceful and fair which was monitored by INEC officials accross the 329 wards recognized by INEC.

He dismissed the allegation that the candidates’ lists were doctored, adding that few persons that wanted to disrupt the congress in a ward were not members of the party.

“The exercise went smoothly despite the protests by a faction who are not our members. Very soon we will come out with results. The congress was monitored by INEC accross all the 329 wards in the State and you can’t judge the result based on what happened in a ward,’ he said.