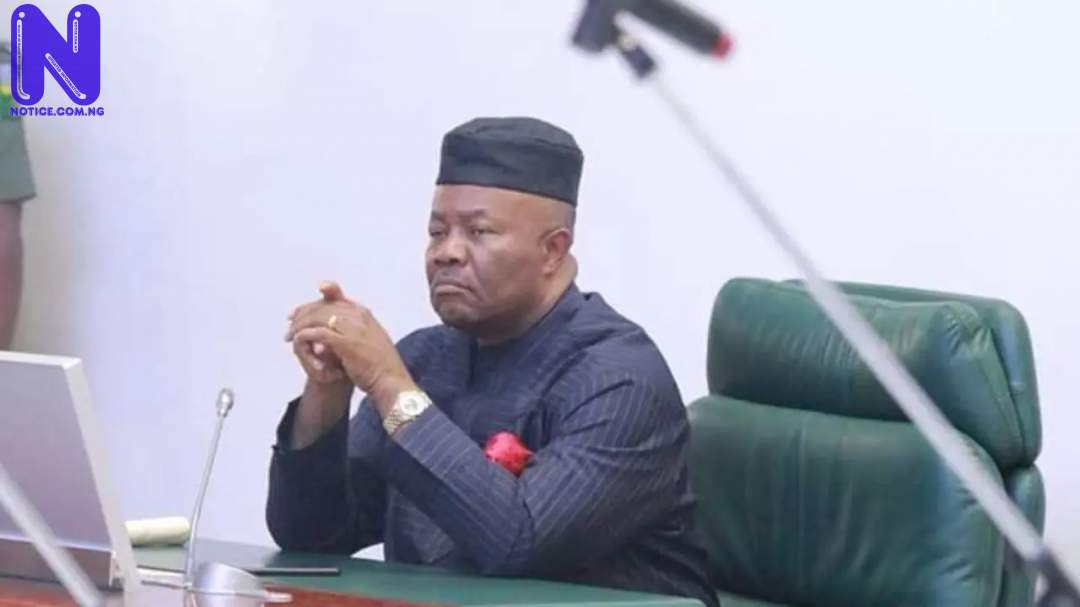 The Minister for Niger Delta Affairs, Godswin Akpabio is under investigation over allegation of attempting to bribe some officials of the Code of Conduct Bureau.
Federal Commissioner in CCB, Ehiozuwa Johnson Agbonayinma disclosed this on Monday while speaking with journalists in Abuja.
Agbonayinma, who heads a subcommittee investigating the case, said it is not a witchhunt.
According to media reports, Akapabio allegedly offered bribe to the CCB officials to give a “soft landing” to Sole Administrator of Niger Delta Development Commission (NDDC), Mr Efiong Okon Akwa over discrepancies in his asset declaration form.
Agbonayinma said the Bureau was looking at the accusation first made against Mr Akpabio by Jackson Ude on Twitter.
“We have been given a mandate by the bureau to investigate the allegation against some officials of CCB that we saw on social media. Let me be specific, one Mr Jackson Ude twitted, and it went viral, that money was given to some officials of CCB by Akpabio. Because of that, a committee to investigate the allegation was set up, with myself as the chairman,” he said.
He added that the subcommittee interacted with Akpabio over the allegation.
“The committee is not to witch-hunt anyone but to do its job of defending the constitution of Nigeria.
“We invited Akpabio, who in his wisdom, came to give his side of the story. At the moment, we cannot pass judgement as the investigation is still in progress. All the accused parties remain innocent until the investigation is over,” he added.