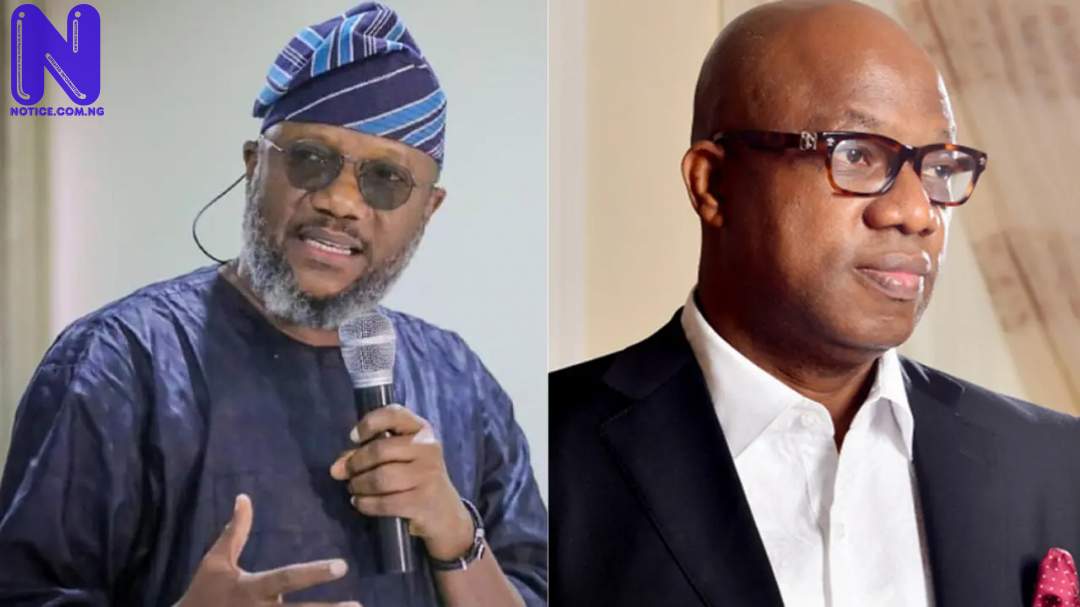 Hon. Adekunle Akinlade of the Allied People’s Movement (APM), has asked the Appeal Court in Ibadan, Oyo State, to set aside the decision of the Ogun State election petition tribunal, which dismissed his petition against Gov Dapo Abiodun of the All Progressives Congress (APC).

Press recalls that Akinlade, who was the closest rival to Gov Abiodun in the March 9 governorship election, had earlier approached the tribunal, praying it to nullify Abiodun’s election on the grounds that the election was marred with irregularities and over voting and that Abiodun submitted false information to the Independent National Electoral Commission (INEC).

But the Justice Yusuf Halilu-led tribunal on September 14 dismissed the petition, saying Akinlade and the APM could not prove without a reasonable doubt that the election was marred with irregularities.

Akinlade, who was not satisfied with the judgement, has, therefore, headed for the Appeal Court, asking it to grant the reliefs earlier sought in petition no: EPT/OG/GOV/01/2019, by declaring him winner of the 2019 Ogun governorship election.

In the Appeal Notice filed on Wednesday, a copy of which was made available to Press, Akinlade said “the learned trial Judges of the lower tribunal erred in law when, they came to the conclusion that a comparison between Exhibit P331A and P331 (Forms CF001) submitted by Abiodun (at two different elections) did not reveal a falsity in the information supplied by the second respondent in exhibit P331, that is, the Form CF001 which he submitted for the 2019 gubernatorial election.”

As stated by Akinlade, in the form submitted in 2015 for his senatorial race, “Abiodun claimed he attended Comprehensive High School, Ayetoro State Primary School without including the date of attendance/graduation, while in the form he submitted for his governorship election, Abiodun stated that he attended and graduated from International Primary School Ayetoro.”

The petitioners also said Abiodun claimed in 2015 “that he attended Saint Joseph College, Ondo from 1972 to 1977 and Ondo High School from 1977 to 1978, whereas in 2019, he only filled in WAEC under secondary school attended without disclosing the name of the secondary school.”

Speaking further, Akinlade said “Abiodun’s Form CF001 in 2015 shows that he attended two separate universities, namely University of Ife (now Obafemi Awolowo University) in 1986 and Kennesaw State University, in spite of that, the second respondent in 2019 stated that that he did not attend a university.”

He maintained that “the falsity in the assertions is easily discernible from a simple comparison of both affidavits,” adding that “the conclusion by the tribunal that Abiodun’s failure to disclose the universities he attended does not amount to falsity is perverse.”

The petitioner accused the tribunal of miscarriage of justice and self-contradiction for saying that issue that has to do with Exhibit P331A was a pre-election matter, even after it had held that Section 138(1)(E) of the Electoral (Amendment) Act, 2015 contains an additional ground for challenging the outcome of an election.

Also, the decision of the tribunal was faulted by Akinlade who said the panel failed to properly evaluate the documents tendered in prove of non-compliance with electoral regulations and guidelines.

As stated by him, Forms EC8A, EC8B, EC8C, EC8D, EC8D, EC8E, voters registers, and smart card reader report were well pleaded in his petition and properly tendered without objection at the trial of the petition; saying “relevant facts in support of the contents of documents were pleaded by the appellants at the trial.”

The governorship candidate also disagreed with the tribunal Judges by saying “they erred in law and misdirected themselves when they held that the evidence led by PW1- PW34 failed to prove that there was over voting in the 34 polling units.”

Akinlade submitted that the judgement of the Justice Halilu-led tribunal “is against the weight of evidence,” thereby urging the Appeal Court to upturn it.