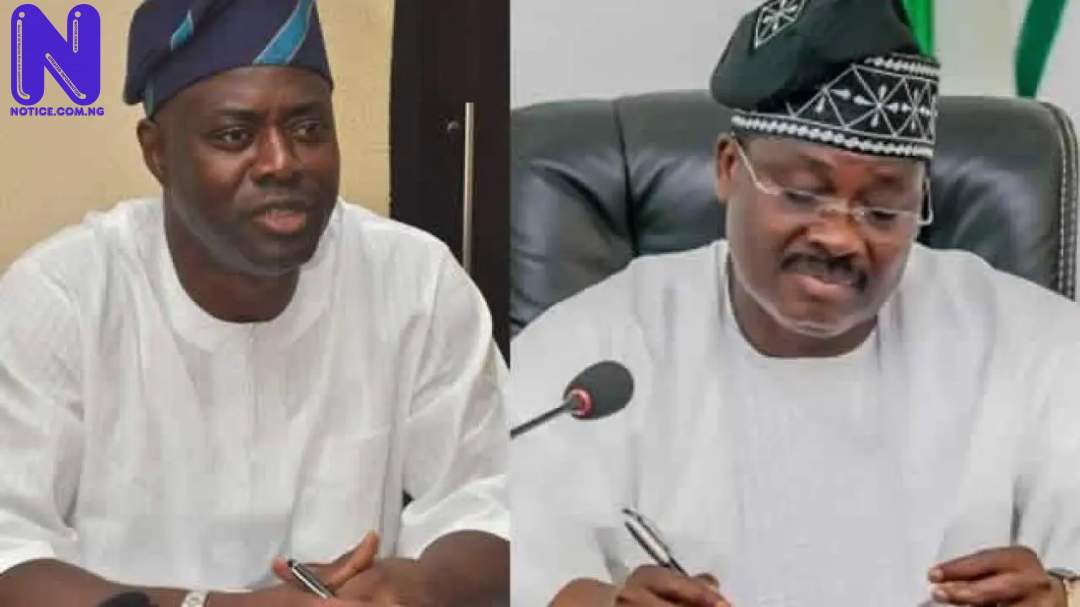 The immediate past Governor of Oyo State, Senator Abiola Ajimobi, has sued his successor, Governor Seyi Makinde over the revocation of his landed property at Agodi Government Reservation Area (GRA), Ibadan.

The Ex-governor is also claiming the sum of N15 million from the defendants being cost of the action, including the expenses incurred to file each of the cases, and his attorney’s professional fees.

Press gathered that the the lawsuit was filed on Wednesday, 12th of February at the High Court of Justice of Oyo State in the Ibadan Judicial Division, by a Ex-Attorney General of the State, Mutalubi Ojo Adebayo.

Ajimobi in the document before the court, is contesting the basis of the notice which was sent by the state government on the 31st of January, 2020.

The letter entitled, “Notice of intention to revoke interest on portion of state land at Agodi government reservation area, Ibadan, was sent by the Ministry of Lands, Housing and Urban Development on the instruction of Makinde.”

Ajimobi is seeking; an order of perpetual injunction, stopping the state government from revoking the property with a Certificate of Right of Occupancy dated 6th February 2019 and registered as No. 56 at Page 56 in Volume 3771 of the Lands Registry Office.

An order of injunction against the defendants, their servants, agents and privies, to stop the listed persons from restraining any developmental work, or causing disturbance on the said property, describing the revocation as “unconstitutional, illegal, null and void and one not borne of good intention.”

As stated by the documents filed by the legal counsel of the Ex-governor, the property to be revoked is no longer existent in name as it was merged with another property by the claimant with the “landed property comprised in the Deed of Gift, dated March 17th, 2015 between the Ex-governor and Alhaji Abdul-Azeez Arisekola Alao, the late Aare Musulumi of Yorubaland. It is registered as No. 17 at Page 17 in Volume 3714 of the Deeds Registry Office, Ibadan, the Oyo State capital.”

As stated by Ajimobi, the land in dispute was donated to him by Alhaji Alao, and was acquired by him by the virtue of Statutory Right of Occupancy dated February 10th, 2009 and registered as No. 35 at Page 35 in Volume 3556 of the Lands Registry Office, Ibadan. The donor was said to have enjoyed undisturbed possession of the land before donating it to the claimant.

It was also merged with the property registered as No. 16 at Page 16 in Volume 3714 of the Lands Registry Office, Ibadan, and was fenced round for the development of guest chalets, church, mosque, recreation areas and the country home of the Ex-Governor.

As stated by the documents, the Ex-Governor has not breached any of the covenant running on the land.

In the lawsuit, the Ministry of Lands, Housing and Urban Development and Commissioner for Lands, Housing and Urban Development were accused of forcibly entering, trespassing and breaking into Ajimobi’s landed property on the 17th of October 2019. The main gate of the property was allegedly destroyed, the doors of all the rooms in the property were smashed, and several valuable building materials in the property were also allegedly destroyed. All these, As stated by the lawsuit were perpetuated by officials of the ministry, armed Police men and suspected political thugs of the Oyo Governor.

In what was described as an act of trespassing, the Ex-Governor has since lodged a complaint with the Police, and the individuals involved are being investigated. The Police had also interrogated the Commissioner for Lands, who is the 3rd defendant, and his cohorts, and As stated by the lawsuit, was accompanied to Abuja by an official from the office of the Attorney General.

The Commissioner and his cohorts have since been on bail but are still reporting in Abuja for investigations surrounding their alleged involvement in the trespass.

Ajimobi also accused Makinde of boasting in different places and on several fora that he would revoke every property belonging to his predecessor anywhere in the state if he does not discontinue the charges against the Commissioner.

The 4th defendant says the Attorney General was also accused of failing to advise the Governor, the Ministry and the Commissioner in the course of their revocation of the property.