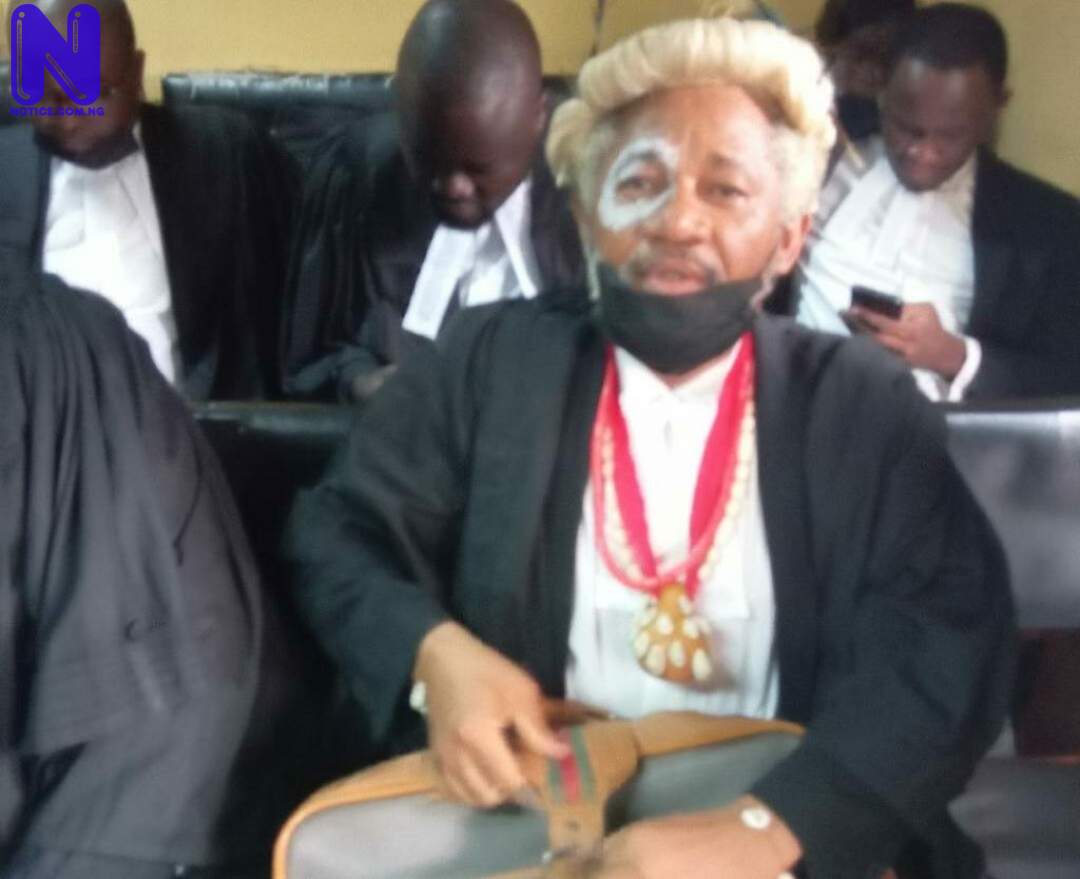 Popular socio-political activist, Aisha Yesufu has reacted to lawyer, Malcolm Omirhobo’s outfit as a ‘juju’ priest as he appeared before the Court.

The lawyer has been at both the Supreme Court and a High Court in Lagos dressed as a traditional doctor.

Omirhobo’s action was a reaction to the Supreme Court judgment that allows female Muslim faithful to go to schools in Lagos in hijab.

Aisha did not condemn Omirhobo’s dressing, but told the lawyer that it was not just enough dressing like that to the Court, adding that he should also be in such attire to market places, office and other public functions.

According to her, Muslim women do not just wear the hijab to a particular place or function but as an obligation they observe and use all the time.

“Way to go! He should dress like this not just to court sittings but to his office, market, public gatherings etc. We do not wear the hijab occasionally or ceremoniously.

“It is an obligation that we observe and use all the time and that is why the Supreme Court gave that ruling!”

Muslim Rights Concern, MURIC, had earlier condemned the lawyer's behaviour, saying it is not only contemptuous of the Supreme Court pronouncement but also provocative, condescending, and irreconcilable with the noble profession of law.