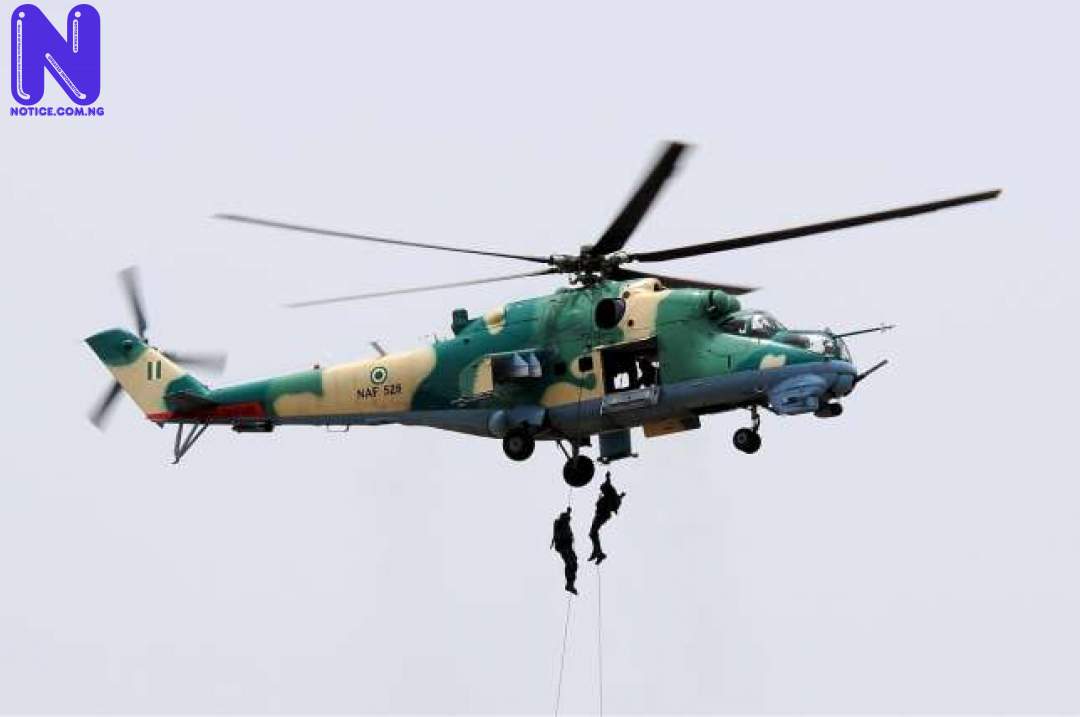 Air Vice Marshal Olatokunbo Adesanya, NAF Director of Public Relations and Information, made the announcement in a statement on Tuesday.

He said the successful attacks followed reports received sequel to an Intelligence, Surveillance and Reconnaissance (ISR) mission conducted by an aircraft belonging to Nigerien Air Force, which revealed BHT activities at AREGE and TUMBUN RAGO.

“The subsequent BDA revealed that during the first wave of attacks at AREGE, several vehicles belonging to BHTs were totally destroyed, killing all the occupants in the process. Furthermore, the NAF fighter aircraft neutralized fleeing BHTs in subsequent waves of attack.

“Thereafter, NAF fighter aircraft and the ISR aircraft from Niger again combined to successfully attack BHT locations at TUMBUM RAGO. The combined operations by the air forces of both countries are part of renewed efforts at clearing BHT elements from their known locations in Northeast Nigeria”, the statement concluded.