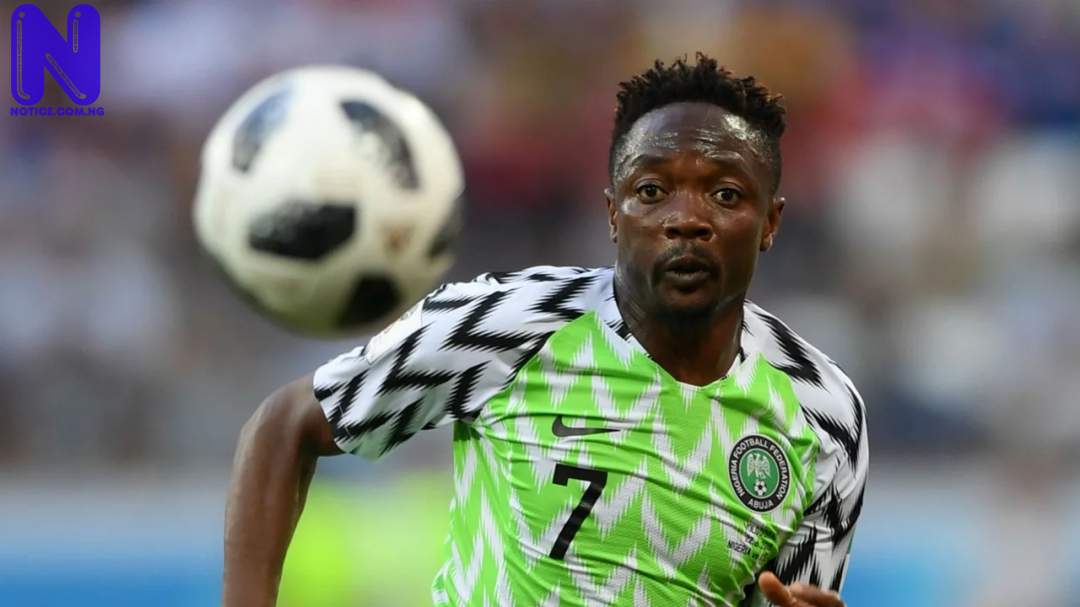 Ahmed Musa has now surpassed John Obi Mikel as the third most capped Nigerian player, having featured in the international friendly against Algeria on Friday.
The 27-year-old came off the bench to replace Samuel Chukwueze in the 75th minute of the game.
However, Musa was unable to prevent the Super Eagles from losing 1-0 to the reigning African champions.
But he got his 92nd cap for the country.
Musa went into the game on 91 caps, level with the Ex-captain, Mikel Obi, who quit international football after the 2019 Africa Cup of Nations
The Al-Nassr forward is now only behind Joseph Yobo and Vincent Enyeama for number of appearances.
Musa made his senior debut on August 5, 2010 in a 2012 Africa Cup of Nations qualification against Madagascar.