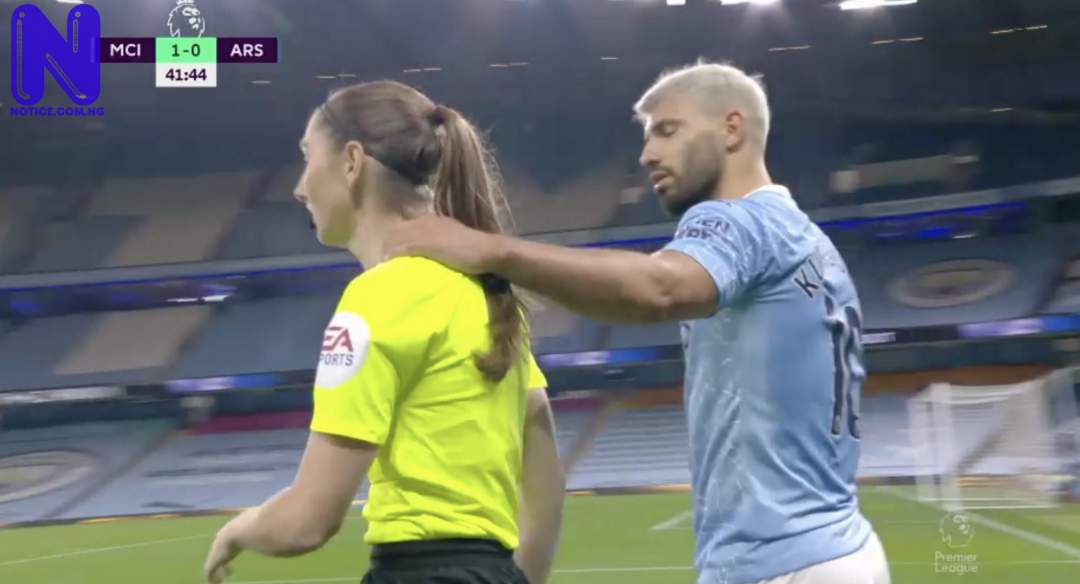 Manchester City striker, Sergio Aguero has received widespread criticism for grabbing a female assistant referee, Sian Massey-Ellis’s neck during his side’s Premier League 1-0 victory against Arsenal on Saturday.
The incident took place just before half-time at the Etihad Stadium.
Aguero, who played 65 minutes of the match, was making his first appearance of the season against Arsenal after being sidelined for four months with a knee injury.
The 32-year-old disputed Massey-Ellis’ decision after Arsenal were awarded a throw-in instead of Man City.
The Argentine international then placed a hand on Massey-Ellis’s neck which she pushed away.
Reacting to the development, Newcastle legend, Alan Shearer, said Aguero shouldn’t have put his hand on the official’s neck, adding that what the attacker did was not good.
“Yeah, he [Aguero] shouldn’t put his hand on the assistant referee,” Shearer told BBC’s Match of the Day.
“It just wasn’t a good look, Gary, was it? “He shouldn’t do it.”
On his part, Ex-Arsenal star, Ian Wright responded: “What was that?! Unnecessary, unnecessarily patronising.
“It felt really awkward, that did to me.”