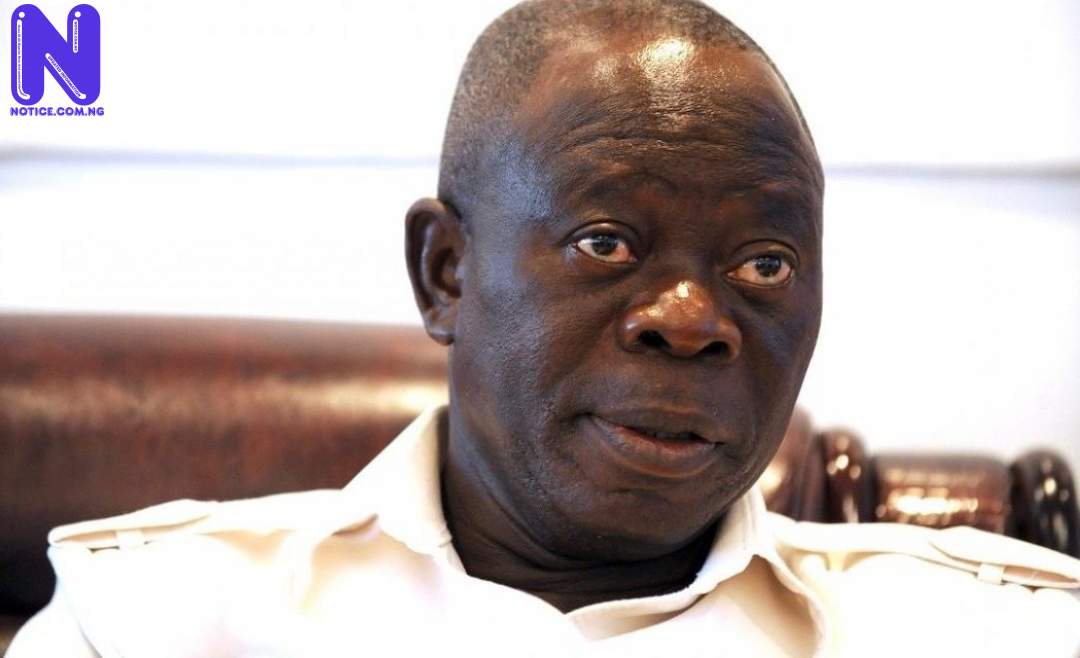 Ex-national chairman of the All Progressives Congress, APC, Adams Oshiomhole has thrown weight behind the Rivers Governor in the current leadership crisis rocking the Peoples Democratic Party, PDP.

Wike and four other governors elected under the platform of PDP had demanded the resignation of the national chairman of the party, Iyorchia Ayu.

Oshiomhole who spoke on the matter while commissioning the Rumuepirikom Flyover in the Obio-Akpor Local Government Area of the state on Wednesday wondered why the party ceded its presidential ticket to the north despite the agreement of 17 Southern governors.

Press recalls that the 17 southern governors in Nigeria had on May 11, 2021, met in Asaba the Delta State capital where they resolved that the region would produce President Muhammadu Buhari’s successor.

According to the Ex-governor of Edo State, the Asaba Resolution by the governors across party divides should be obeyed by those who made it.

"So, if you voluntarily reach an agreement, you are expected to obey your agreement. Now, if you disobey the agreement and said, ‘No, I will stand with the agreement', what is wrong with that?" Oshiomhole queried.

He lauded Wike for the many "beautiful projects" in Rivers, saying results are stubborn and don't lie.