Again, Sanwo-Olu takes photos of destruction in Lagos to Buhari 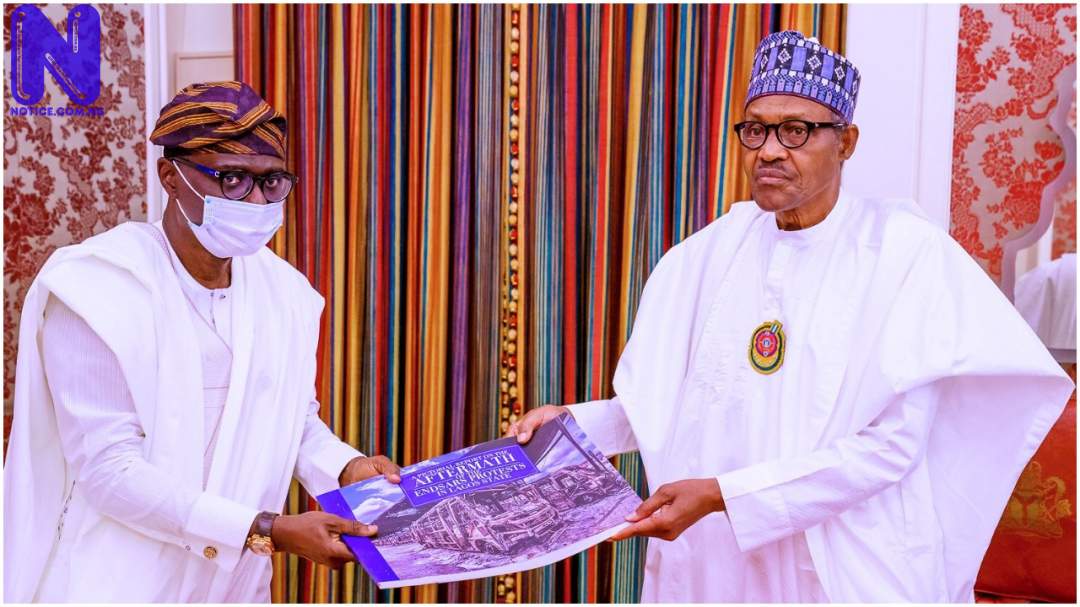 Lagos State Governor, Babajide Sanwo-Olu, was as the State House in Abuja on Friday.
He met with President Muhammadu Buhari and his Chief of State, Ibrahim Gambari.
Sanwo-Olu presented a ìpictorial reportî on the extent of the extensive destruction in October.
The violence was perpetrated by hoodlums who hijacked days of peaceful ENDSARS protests.
It was not the first time Sanwo-Olu took photos of a serious incident to Buhari.
In March, the governor and Nigerian leader were criticized after the Abule Ado explosions.
Some citizens died and many were injured.
Sanwo-Olu posted pictures of the trip to the Presidential Villa via his Twitter handle.
The Lagos helmsman and Buhari were seen going over photos of the tragedy.