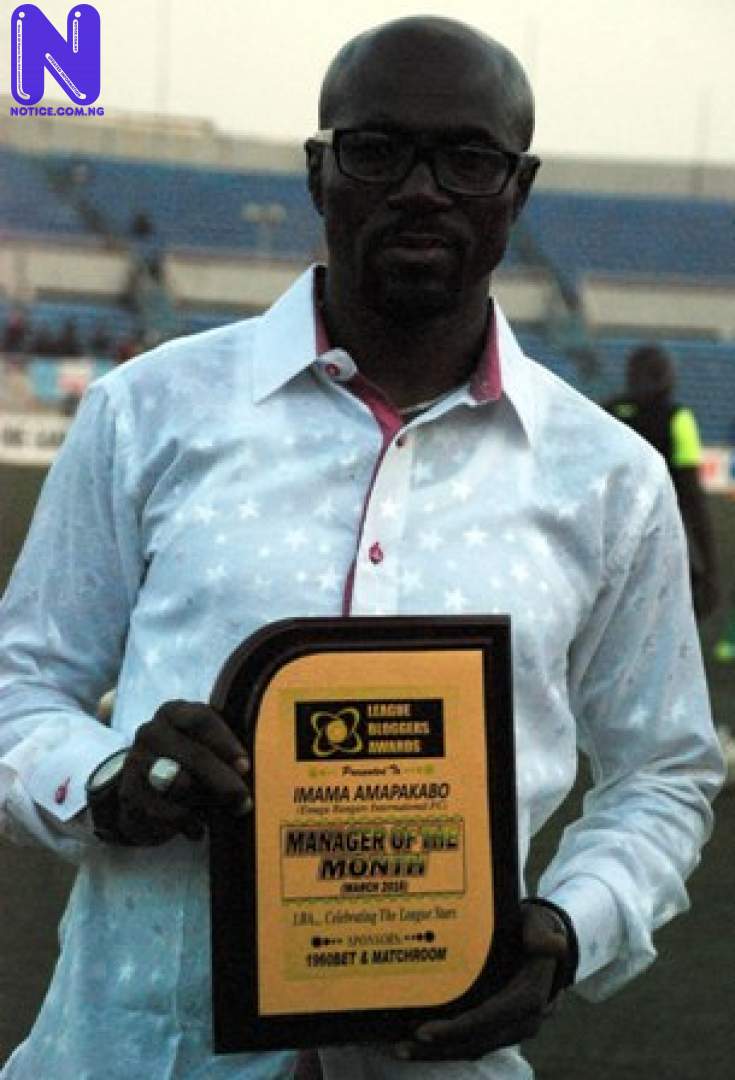 The contest for both awards was tight and it had to be determined on a number of co-efficient to arrive at the winners as a number of the nominees had more appearances than others in the month under review.

For Amapakabo, it is a second month on the bounce, he is being named as the best manager in the top division by the LBA after he emerged winner in March.

This time, Amapakabo had to fend off the trio of Solomon Ogbeide of Sunshine Stars, Ard Sluis of Warri Wolves and Kennedy Boboye of Abia Warriors.

The Rangers trainer masterminded an unbeaten streak for his team notching up three wins out of four matches including winning 1-0 on the road at Giwa FC in mid-April.

New boys, MFM FC, were the only side who denied the Flying Antelopes a 100 per cent record in the month under review.

Afolabi put in a massive shift in April for Sunshine Stars as they navigated their way out of the drop thanks to the goals of their front man, who shaded competition from the other shortlists for the LBA Player for April.

The winners of the LBA for April will receive their awards in the coming days.