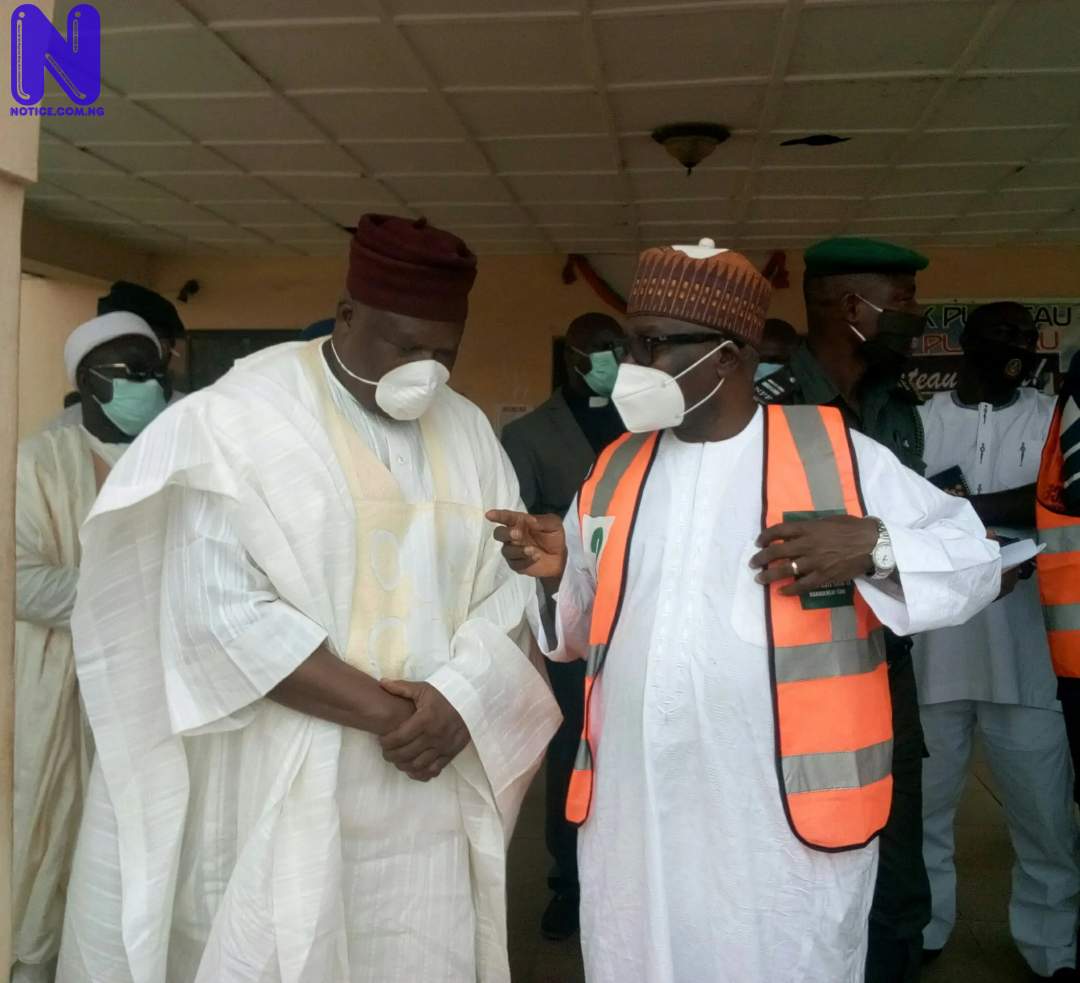 The Chairman of Plateau State COVID-19 Committee on Palliatives and Deputy Governor of the state, Professor Sonni Tyoden, on Wednesday advised Muslims in the state to adhere strictly to the safety guidelines of preventing the spread of the disease as the number of cases in the state rise from 35 to 50.

Also, the Chairman Plateau State Council of Chiefs and Emirs, Gbong Gwom Jos, His Royal Majesty, Da Jacob Gyang Buba, has asked that the Sallah celebrations be conducted with decorum, warning residents to adhere strictly to the COVID-19 preventive guidelines.

Tyoden disclosed this while presenting palliatives to the Chairman of Jos North LGA.

He said, “We have found ourselves in a very difficult situation, is not our wish nor the wish of the government, but this thing has fallen on us.

“The total lockdown in the state is deliberately aimed at seeing that we maintain the social distance, do the necessary things for our own health”, he explained.

“But unfortunately, as I said, these are not normal times, so I want to appeal to the generality of the people, in the state and in Jos North in particular, to bear with the government.

“For our Muslim brothers who will be observing the Sallah celebration in a few days, I want them to bear this in mind, that these are not normal times.

“Yesterday the number of affected persons on the Plateau was 35, this morning is 50; so by the weekend it is likely to be a 100”, he lamented.

“So, you see the spread of the disease is on the increase, so we need to do the needful, in other words, respect what the government has decided, so that we can maintain the peace and health of everybody in Jos North and the state in general”, he advised.

“So, while wishing our Muslim brothers a happy Sallah, I want to also appeal that the most important thing for us is to be alive to be able to worship our God.

“So the items that have been brought to Jos North are far more than what is going to other LGAs”, he explained.

Also speaking, the Gbong Gwom Jos, His Royal Majesty, Da Buba said, “We want to appeal to the Jos North LGA COVID-19 Palliative Committee, to ensure it goes by the template given by the state government.

“These are not times that anybody would want to sabotage this effort of the government.

“We want to appeal to all citizens of Jos North to respect the preventive guidelines given by the state government”, he maintained.