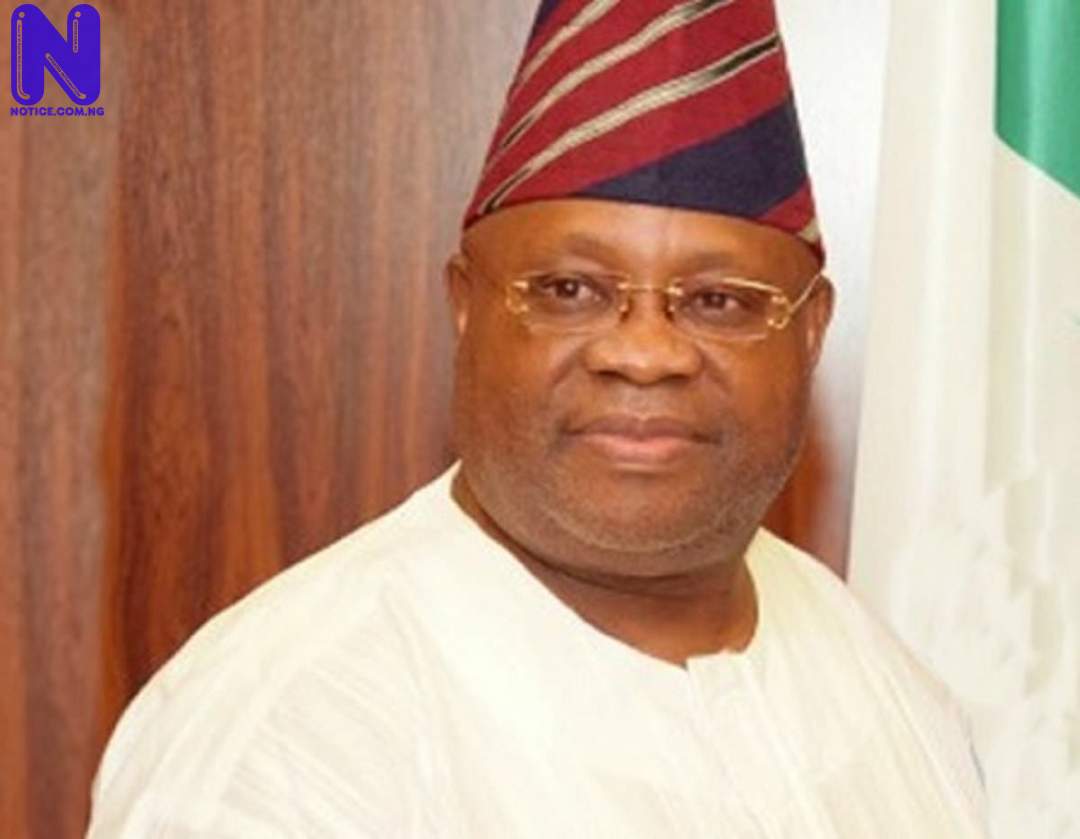 All is now set for the inauguration and swearing-in ceremony of the Osun State governor-elect, Senator Ademola Adeleke.

Adeleke will be sworn in today, Sunday, November 27, 2022, to begin a four year term as the sixth executive governor of the State.

Adeleke had won the Osun gubernatorial election of July 16, 2022, against the main contender and outgoing governor of the State, Adegboyega Oyetola.

Adeleke won the election as a member of the Peoples Democratic Party (PDP) after loosing out in the same party in the 2018 gubernatorial election.

As part of the swearing in ceremony, the presidential candidate of the PDP in the 2023 general election, Atiku Abubakar is in the State.

The Nigerian Police, Osun State Command and other sister security agencies in the State have also assured that security has been put in place to prevent a breakdown of law and order before, during and after the inauguration ceremony.

CP Faleye Sunday Olaleye while giving the assurance also warned criminally minded individuals to steer clear of the State as the Osun Police Command was well placed to make the State inhabitable for them.

Parents and guardians were also warned to dissuade their children and wards from being used as tools in the hands of disgruntled politicians.

The security agencies, to back up their resolve, on Saturday, November 26, 2022, embarked on a show of force around major parts of Osogbo, the State capital.

Meanwhile, in a farewell statement to the residents of the State, the outgone governor, Adegboyega Oyetola disclosed that his administration is leaving behind ₦14 billion cash in the State’s coffers, just as it had paid ₦97 billion of the debts it inherited from the Rauf Aregbesola administration in 2018.

While maintaining that he was stepping aside, he stated that the results of the last gubernatorial election as declared by the Independent National Electoral Commission (INEC) which favoured Senator Ademola Adeleke is already being challenged by him and the All Progressives Congress (APC) at the Osun State Governorship Election Petition Tribunal.

“As I step aside today following the conclusion of the four-year tenure you freely gave me, I thank God and I thank you for your support, cooperation and prayers over the years.

“As we draw the curtains on this first tenure, we are convinced that we neither reneged on our promise nor disappointed you. We kept faith with you and maintained fidelity with our electoral promises. It was our wish to continue to serve you but we are constrained by the outcomes of the July 16 Governorship election which we are already challenging in court.

“As a law-abiding citizen and government, we are stepping aside to allow the law take its course.

“However, we look forward to continue to serve you in no distant future. We have absolute trust in God that we shall be back soon, as we have implicit trust and confidence in the Judiciary to do justice in the case before it.

“We are confident that this period of temporary political eclipse shall pass. The sun shall shine again, brighter and warmer and the sustainable development and participatory governance that we enthroned, which have been applauded by local and international organizations, shall be restored and put on a surer and better footing.

“As we end our first term, we are rest assured that Osun is more stable economically than we met it in 2018 and it remained the most peaceful State in the country under our leadership.”