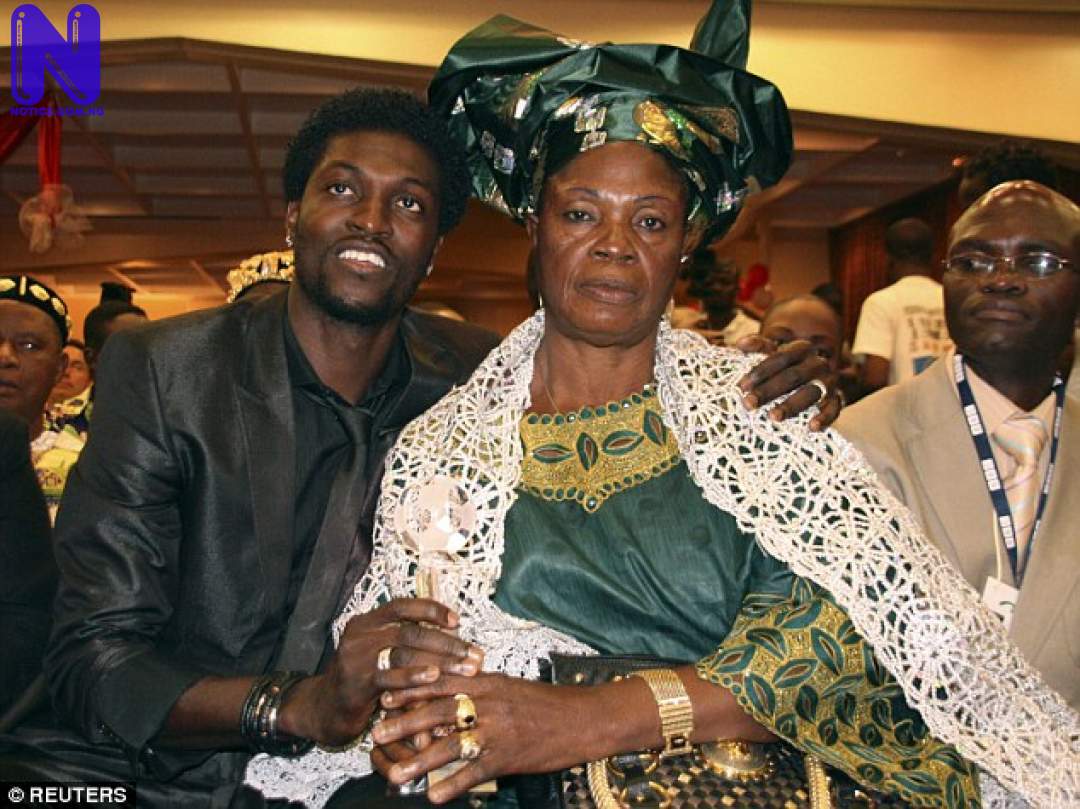 Togo captain Emmanuel Adebayor, has denied stories claiming that he kicked his mother out of his house in Africa, because of allegations of witchcraft.
The striker’s sister, Maggie, revealed to Ghanaian radio station Peace FM, that Adebayor has refused to send their mother money and has not seen her in over a year. As stated by here, she now sells “polythene bags, padlocks and other things” to earn a living.
However, the Tottenham Hotspur player who earns over £100,000 a week, insists his mother left the house by herself.
“I never sacked my mum from the house. She decided to leave the house,” he told Peace FM.
“How am I going to be in touch with my mum if my mum is the one telling everyone that my work will not go forward, so I will just be on my side and do my thing.
“They should stop talking, they should stop doing Juju on me, they should leave me alone.
“I bought a $1.2m house in East Legon for the one talking and calling herself my sister. Can you imagine that sister went to rent the house without my knowledge?”