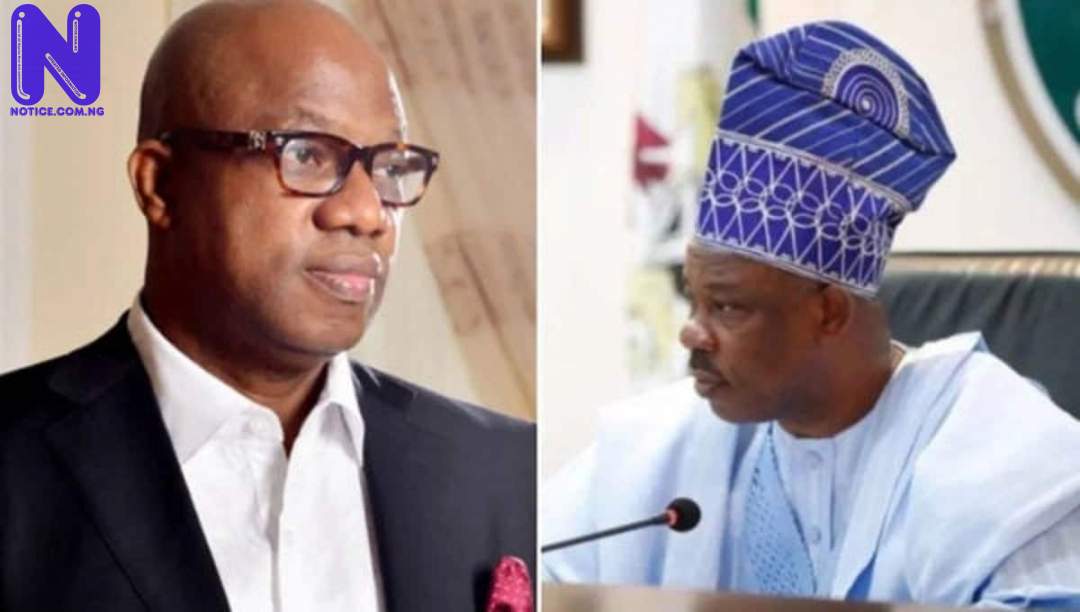 The All Progressives Congress (APC) Appeal Panel on the Local Government Congress in Ogun State has hinted that the party may adopt a sharing formula to end the imbroglio arising from the recent congresses between the factions of Governor Dapo Abiodun and Senator Ibikunle Amosun.

The five-man panel set up to attend to petitions that may be submitted over the conduct of the Local Government Congress in the state revealed this on Saturday while addressing newsmen in Abeokuta, the state capital.

Press recalls that the duo of Abiodun and Amosun have been up in arms with each other over the soul of the APC in Ogun.

Recently, loyalists of the incumbent governor and those of his predecessor held parallel ward and local government congresses, forming separate party executives.

After the ward congress, the duo of Senators Tolu Odebiyi (Ogun West) and Lekan Mustapha (Ogun East), both of whom are of the Amosun camp, submitted petitions and appeared before the panel.

However, the Secretary of the appeal committee, Chucks Chinwnba, said the panel did not receive any petition on the local government congress.

This, he said, could be attributed to the sharing formula being proposed by the party in the state.

Chinwnba disclosed that the factions were proposing 60/40 and 80/20 sharing formulae, which he said were yet to be agreed on.

“Yesterday (Friday), we held a meeting with the party’s (caretaker) chairman and the party executive. The idea was to discuss with them and find out if there are complaints. In a family you could have disagreements, it is the business of this appeal committee to bring everybody together and I think we have succeeded.

“There is a sharing formula that was made known to us, 60-40 or 80-20. It is working and that is why we have relative peace”, Chinwnba stated.

In his words, the chairman of the appeal panel, Segun Ojo added that the committee had held a “peace meeting” with members of the party.

"There is no written petition in the state, unlike the ward congress. Then, we interacted with the petitioners, but now there is no petition sent to the national secretariat.

“This is a family affair and we treated it as such, whatever quarrel you have now, you just have to reconcile with yourselves since we have decided to remain in the same political party except you want to form your own party which in this case, you will leave the party and leave the rest there. So we regard this as a family issue and we have treated it as such," Ojo explained.