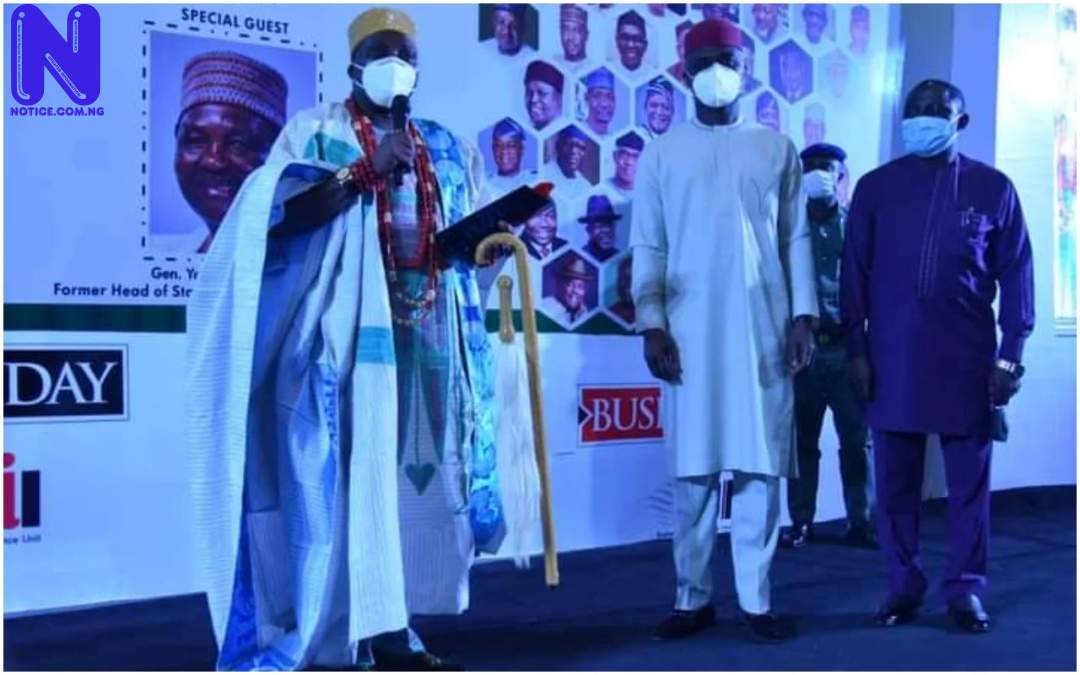 Governor Okezie Ikpeazu of Abia State, has received an award of excellence as the best governor with an Improved State in Security (South) in 2020.
The assessment/evaluation result from the Business Day Newspaper in the National Discourse and Good Governance Awards ceremony for the year 2020 organised in Abuja, showed that Ikpeazu clinched the award after the state beat Anambra and Ekiti States in the competition.
In his response shortly after he received the award, Dr. Ikpeazu described Abia State as a safe haven for investors and business operatives.
He revealed that the improved security situation in the State, coupled with access roads created by his administration had increased businesses, while government has also provided enabling environment for business to thrive.
The Governor represented by his deputy, Rt. Hon Ude Oko Chukwu maintained that the award will spur the State to do more towards improving security in the State, as well as engage in holistic approaches to boost economic activities in Abia.
According to the State Chief Executive, his administration introduced Abia state homeland security watch and the Abia state crime prevention and management system, a combination of modern technological system designed to fight crime in “Our fast paced world”.
He described the award as well deserving and appreciated the organisers of the award ceremony.
Earlier in his remarks, the Ex-head of state, General Yakubu Gowon Rtd, who joined the event virtually, said the security of the Nation remained paramount, hence the need for government to take the issue of security seriously.
Gowon, who also decried the injurious effect of the novel COVID-19 in the country, identified its negative effects to include high cost of governance, increase in unemployment, among others and stressed the urgent need to find solutions to the pandemic.
General Gowon noted that the award ceremony was geared at keeping the governors at high alert and reminded the awardees that the award was a catalyst for better performance.
In his welcome address, the Managing Director Business Day, Dr Ogho Okiti said the National Discourse and Good Governance Awards is aimed at providing an independent feedback mechanism to states on different policies, programs and projects executed and the effects of such on the socioeconomic wellbeing of the residents of the states.
He emphasized the need for Nigerian People to demand for excellence in governance and charged government to intensify efforts at providing enabling environment for businesses to thrive.
The ceremony also saw Adamawa state emerge as the most improved state in Education, 2020, while Kogi state emerged as the most improved state in socio-economic, youth and women employment.