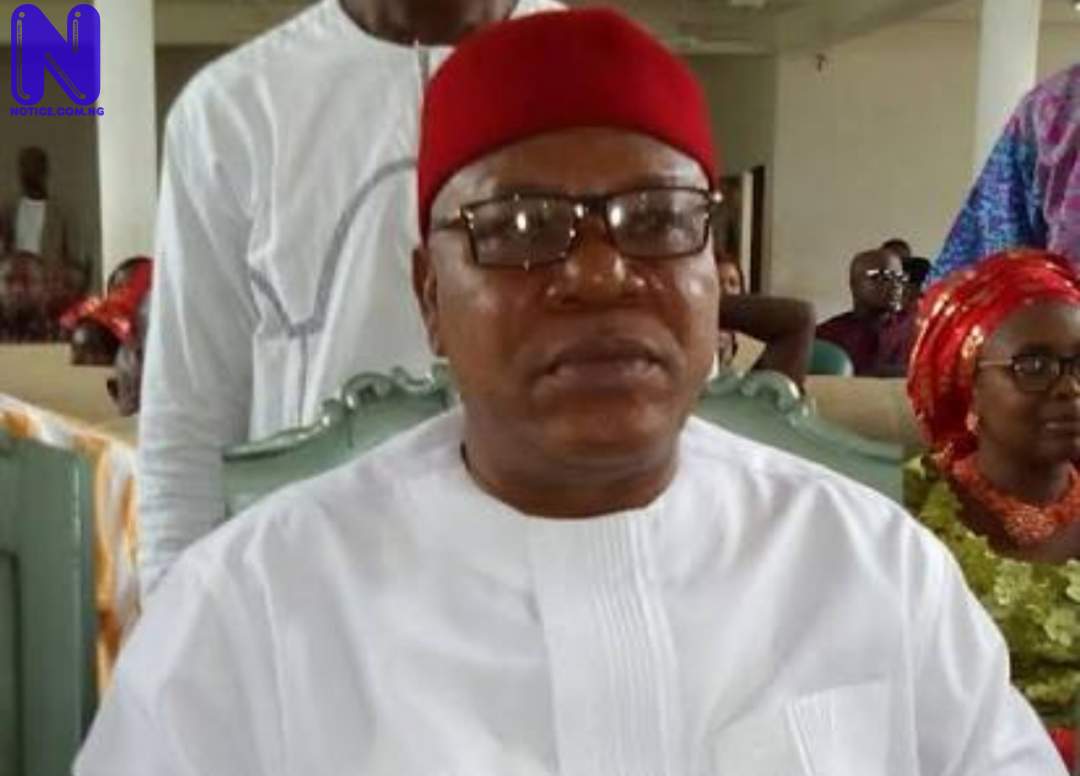 Johnson Onuigbo, the Chairman of the Caretaker Executive Committee of the ruling Peoples Democratic Party, PDP, in Abia State, has been confirmed dead.
A family source who pleaded anonymity during a chat with Press at the Umuobasi Ugba Umuahia Ibeku residence of the deceased, disclosed that the PDP chairman passed away on Monday evening.
The source, in spite of that, could not give further details as to the cause of the sudden demise of Chief Onuigbo.
His remains have been deposited at an undisclosed hospital mortuary in Umuahia, the capital city of Abia State.
Recall that Late Johnson Onuigbo, before his emergence as the Abia PDP Caretaker Executive Committee Chairman, was a Ex-Transition Committee Chairman of Umuahia North Local Government Area and Abia central zonal vice Chairman of the party.
He was a prominent close ally of Ex-Governor Theodore Orji, now the current Senator representing Abia central senatorial district of Abia State in the Nigeria Senate.
Onuigbo, until his unfortunate death, was also a member of the Knight of St Christopher, Umuahia Diocese, Church of Nigeria, Anglican Communion.