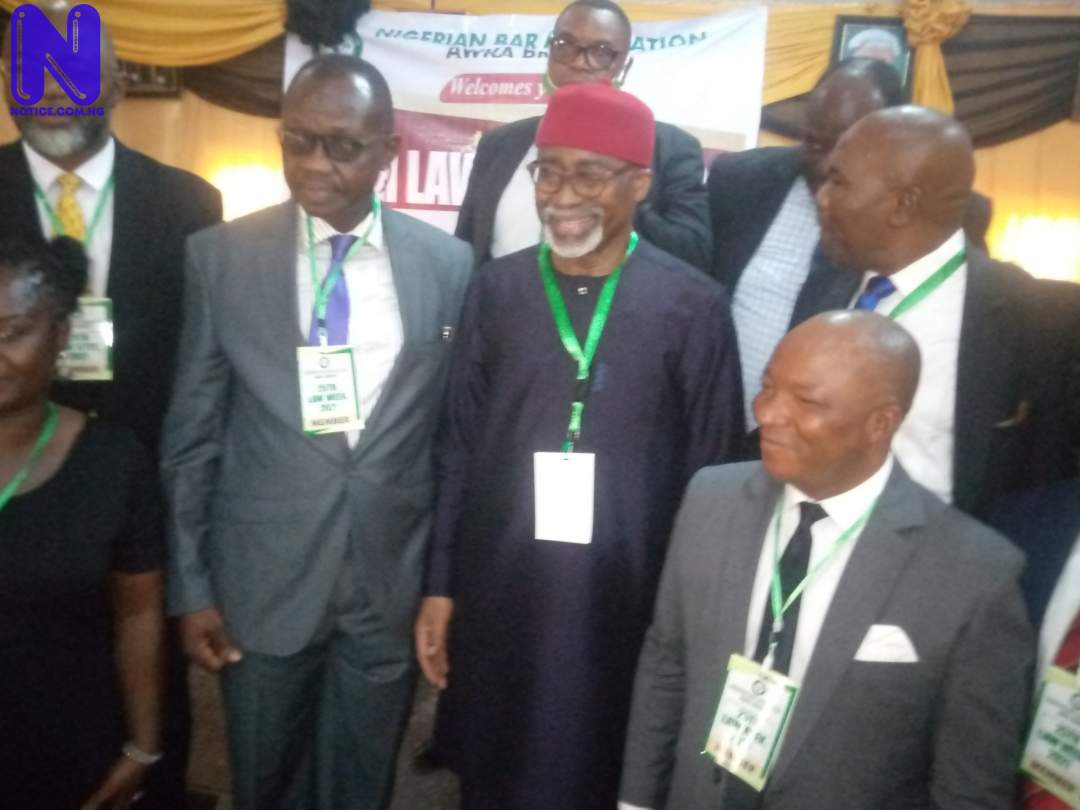 Senate Minority Leader, Senator Enyinnaya Abaribe, has lamented the absence of justice and equity in Nigeria under President Muhammadu Buhari.

He said the recent calls for restructuring and agitations for secession are as a result of ‘the arbitrariness of the All Progressives Congress (APC) government led by Buhari’.

Abaribe stated this on Friday in Awka, the Anambra State capital, while addressing lawyers on the second day of the 25th Law Week of the Awka branch of the Nigerian Bar Association (NBA).

DO YOU KNOW >>> Northern CAN expresses fear over insecurity, looming food crisis

“There are a litany of executive arbitrariness by the APC-led government of the Buhari presidency that have led to a thunderous clamour for restructuring.

“Before now, Nigerian People have argued stridently over discrimination, but the recent upsurge in perceived impunity and bias in federal appointments by the Buhari presidency has sparked concern of a very dangerous slide to a sectional strife.

“The nation seems to be in a meltdown. In the wake of the unprecedented ravaging insecurity spreading all over the country, many of the things that hold us together as a nation continue to unravel, and the APC led government seems powerless to stop the slide.

“It is very unfortunate that the present government and the inherent lawlessness have given impetus to the quagmire leading Nigerian People to question the system as presently constituted. The country is in limbo. There is an obvious feeling of despondency, my fear is that it should not slide to a total state of anomie. There is agitation for restructuring and extreme demand for secession, and all are fuelled by injustice and feeling of being left out, particularly the South East,” Abaribe lamented.

Speaking further on whether the country should restructure, the lawmaker said: “We accept that it is necessary to tinker with the structure of our country. We must agree that the immediate cause of our woes is injustice and inability to manage our diversity by the present government.”

He stated that those who question the reason for restructuring do not mean well for Nigeria, adding that the country cannot afford to limp, which is leading it to the precipice.

“Something must be done constitutionally, and that is to amend the constitution to resolve the issues of today.

“We have to instill confidence in the polity by reflecting such things as state police, devolution of powers and fiscal federalism in the amendments. Essentially, it means to amend part 1 and 11 to move certain items from exclusive to the concurrent list to give more legislative powers to states,” he said.

The Chairman of Awka branch of NBA, Barr. Ekene Okonkwo, who spoke earlier, said the law week was put together as the contribution of the branch to offering solutions to the current agitations in the country.

The event, which started on Thursday, will continue on Saturday with awards to distinguished personalities, and a thanksgiving mass on Sunday.