A call for global action on religious intolerance - Wale Odunsi 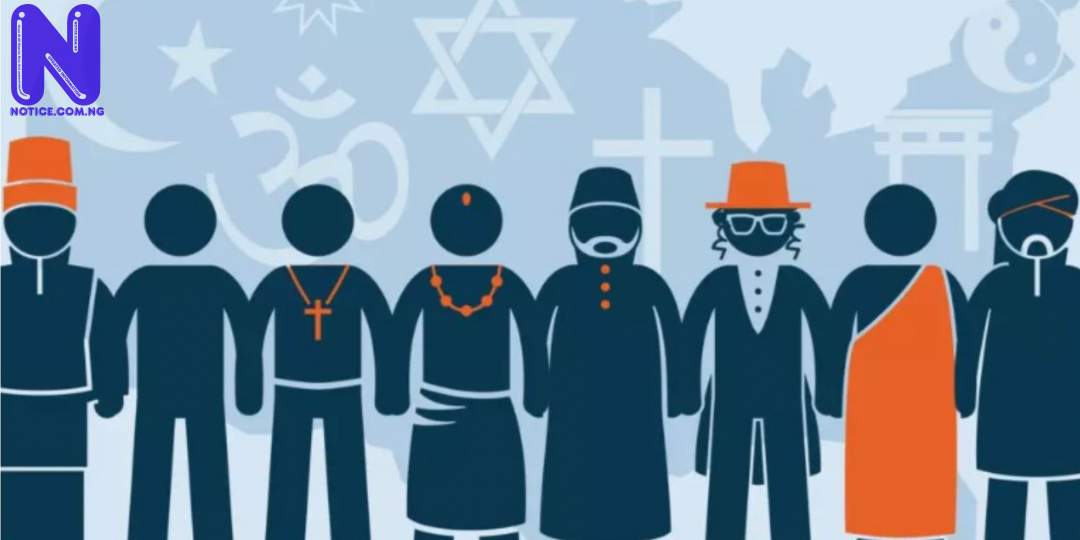 It is a long-established reality that religion – the belief in and worship of God or gods – has polarized households, tribes, communities, cities, and nations. The world cannot continue to act as though all is well concerning the dangerous dimension religious differences have routed us. But how did the act of practicing faith lead to so much hate, division, persecution, and deaths?

I am from a family where more than 90 percent of the members are Muslims. My parents converted to Christianity in the 1970s after marriage in Igbesa, Ogun State, Nigeria. Mum had been seriously ill for weeks but returned to good shape days after she found healing in a church. Dad was always excited to share the story with all and sundry; the entire family had no problems with the couple as regards their choice of belief.

Growing up, one expected to witness the same accord; alas, the grass is not always greener on the other side. In many parts of the sphere, there are tales of brutality and heinous crimes committed by extremists, yet many are untold. While I agree that it is hard to de-radicalize and make humans accommodating, influential international organizations must devote more energy to engendering mutualism.

With over 200 million people, Nigeria has two regions (North and South) and six geopolitical zones (South-East, South-South, South-West, North-Central, North-East, and North-West). The South, predominantly Christian, has a population composed of Yoruba and Igbo ethnic groups. The North is predominantly Muslim; the Hausa and Fulani are the dominant groups. Occasionally, disagreements snowball into crises with attendant destruction.

In May 2022, Deborah Samuel, a female student of the Shehu Shagari College of Education in Sokoto State, was lynched for blasphemy against the Holy Prophet Muhammad (SAW) after she expressed opposition to postings in a WhatsApp group created for updates about academic activities. Male colleagues seized her from the school security, stoned her to death, and set her body ablaze. This type of cool-blooded murder must not go on.

In reaction to the execution, renowned cleric Sheikh Ahmad Gumi stated that the Prophet Muhammad – in whose name Deborah died – never took any life despite insults. “Anyone who kills a non-Muslim whom they have agreed to live with peacefully will not smell the fragrance of paradise for 40 years”, he proclaimed. We need to spread messages like this on a global stage.

According to research conducted by the Pew Research Center, an American think tank based in Washington, D.C., the number of countries with remarkably high hostilities rose from 10 as of mid-2007 to 15 in the middle of 2010. In the analysis of 197 countries and territories, five countries – Egypt, Nigeria, Palestine, Russia, and Yemen – were added to the “very high” category.

For decades now, the powerhouse of West Africa has witnessed myriads of religious violence and killings in virtually all 36 states and the capital Abuja. Recent events provoked foreign countries to issue travel advisories to their citizens. The situation is not improving as the prevalence of attacks remains high; the same in climes where there are tensions over doctrines.

The Global Exchange on Religion in Society (GERIS), an initiative backed by the European Union (EU), has been working to connect positive experiences of coexistence among people of different or no faiths. The platform consists of more than 120 civil society leaders, experts, and journalists keen to see united humanity regardless of religious backgrounds.

During GERIS ‘Living Together’ team trip to Belgium, the Centre Against Islamophobia in Brussels expressed disappointment about the “discrimination against Muslim students in high schools”. At separate meetings with the AIF+ in Limburg, and the Almadina School in Antwerp, the officials complained that women with hijab do not get jobs despite being qualified.

However, we made pleasant observations about the institution. I admired the passion of the founders and staff, among them citizens of Middle East nations such as Syria and Iraq; their determination to ensure that the young get a quality education in an environment where they are comfortable. Also fascinating is the tutoring of the ‘green activist’ kids about the climate and the environment. Groups can replicate this initiative in their domain.

With urgency, leaders must bridge the gap and try to achieve lasting peace; the first place to start is the immediate environment. People should be allowed to practice their faith while the adherents should do so modestly. In Genk, eastern Belgium, the House of Abraham affirmed its support for cohesion. The organization, which promotes togetherness, also suggested regular interfaith dialogues.

Here, many religious heads agree that intolerance is a problem that needs tackling holistically. Part of the ways to foster camaraderie was the establishment of the Nigeria Inter-Religious Council (NIREC) in 1999. The association, comprising 50 members (25 Christians and 25 Muslims), is statutorily led by the incumbent Sultan of Sokoto and the President of the Christian Association of Nigeria (CAN).

On the subject matter, the CAN reiterated its endorsement of concerted efforts to promote understanding. The Christian leadership demands an end to segregation. "The followers must not feel they are left out. The actions of political leaders and the government should not favor a section. If there is bias, issues that can be sorted out amicably may degenerate and get out of control", CAN Chairman in Kaduna State, Joseph Hayab, warned.

The Nasrul-Lahi-il Fathi Society of Nigeria (NASFAT) said the role of the leaders has always been pivotal in giving a direction on which way peoples and nations should go. The Islamic organization advised governments to magnify voices that speak for unity, connect with political and religious leaders to create a movement for harmony and create spaces/facilities for inter-faith collaboration.

"Religious leaders can be an inspiration to others. To achieve their God-given role, they must rise above religious, ethnic, and other parochial sentiments and speak truth to power. They should be the conscience of the faithful and cooperate with the national leaders for world peace", said Imam Ibrahim Olalekan Shodehinde, the Zonal Missioner in Ondo State.

Citing research, the Advocacy for Advancement of Peace and Harmony in Africa Initiative (ADAPHAI) observed that people who live together in harmony tend to gain more, unlike those in unending acrimony. The civil society group insists cordial coexistence remains fundamental because daily activities bring about “intrinsically inevitable” conflicts.

"The citizens should build a formidable mechanism for conflict resolution, be tolerant and uphold mutual respect. Countries must genuinely ensure justice and equity. They must be fair, irrespective of language and religion, and build and sustain a system that treats everyone equally without any sentiment. They must constantly preach peace through vibrant institutions", said Olaniyi Owolabi, the National Coordinator.

Women and Youths Empowerment Initiative (WOYEIN) Executive Director Husna Ibrahim stressed that no country could survive nor develop without peace. “There is a need for everyone to take responsibility and ensure peace. Governments must implement inclusive programs and policies and be neutral in their dealings. When people have some level of security and social protection, there is less crisis”, she contends.

No doubt, the religious split is a challenge that affects all genders, the young and old, citizens, and nations; all hands must be on deck to make the world a better place. It is high time those at the helm of affairs took more deliberate steps to de-escalate tension, guarantee order, inclusion, and lessen the polarity among members of religions.

The unity of purpose the world displayed during the COVID-19 pandemic was enough proof that goals are achievable if the majority work in unison. Although the issue of faith is personal and the view of humans less likely to change, religious, political, and government leaders should collectively lead a global action to encourage tolerance. The Holy Books preach peace, so why are we not tolerating ourselves?