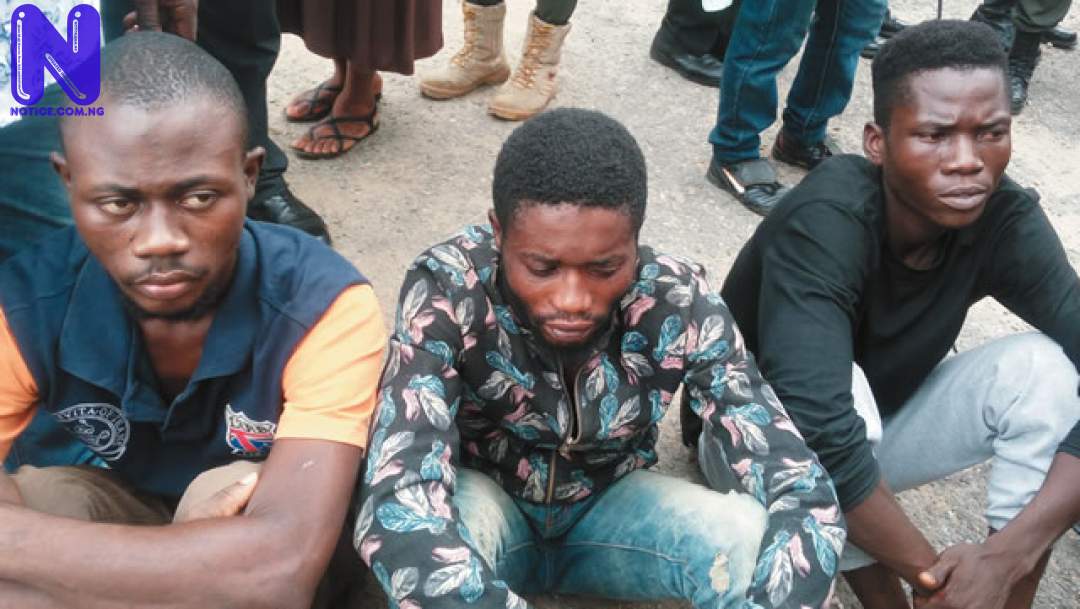 A nine-year-old primary three pupil of a private school on Alukpo Street, Umukoto Nekede, in Owerri West Council of Imo State, identified as Chinasa, has narrowly escaped being beheaded by ritualists after being kidnapped by two men suspected to be ritual killers outside her school.
According to sources from the school, Chinasa was said to have sneaked out of her school around 11am and headed towards a place popularly known as Wire Crossing near Alaba Market, but was seized by the two men.
She was said to have been mask-taped hands and feet with her mount.
According to an eyewitness account, “when she opened the school gate, our proprietor saw her and immediately called her to come back. But she refused to come. As if our proprietor knew what was going to happen, she quickly rushed to the girl’s family and told her mother that her child has escaped from school.
“Chinasa’s mother and neighbours also went in search of her but could not find her. It was around 3.20 pm that a girl who was returning from school saw her in an undeveloped plot where she was bound hands and feet with her mouth sealed.
“Obviously, the men might have dumped her there with the intention of coming back in the night to carry her”, the source said.
Narrating her ordeal to our correspondent, Chinasa said, she did not know what came over her when she left the school gate.
She said, “I wanted to run away from school and went home but when I saw our big auntie (proprietor) coming after me, I decided to run towards wire crossing.
“It was there that the two men saw me and were forcing me to go back. But, on our way back, they decided to cover my mouth and took me to a bush where they tied my hands and legs”.