‘Nnamdi Kanu is not a murderer, release him’ – Fr Mbaka tells Buhari 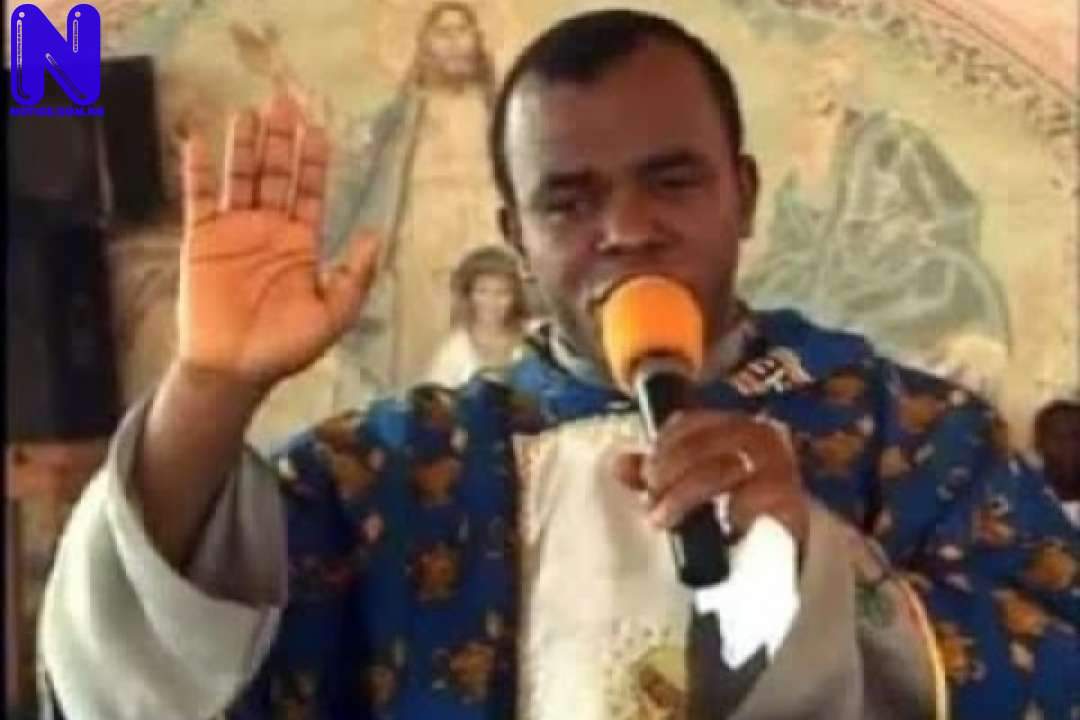 Mbaka who made the call during a sermon on Sunday said Kanu is not a murderer or a member of the Boko Haram terrorist.

The Cleric who kicked against Nnamdi Kanu’s arrest advised the government to use the same effort to arrest insecurity, poverty, unemployment, activities of herdsmen, injustice, corruption, unhealthy tribalism and other issues affecting the country.

He said if the same aggression deployed against Kanu is used to address terrorism, things will change.

"Since you arrested him (Kanu), we have lost many lives. So, of what use is his arrest? After he was arrested, the kidnapping didn't stop in the north; many students were kidnapped in Kaduna last week. Where were our security agencies? Why can't they use the same temerity to arrest all those people doing this thing (killings)? Arresting Kanu will not solve the problem," he said.

”Politicians will buy ammunition and give it to millions of youth, and after the elections, no one collects the ammunition back."

Mbaka also revealed that some people recently came to him with some offer but he requested that they should release Nnamdi Kanu.

He said, "Some persons came to me some time ago that they have two slots for me. I told them I don't need such offers because I have a slot that I need. They said I should mention what I need. My first request was that they should release Nnamdi Kanu.

"Has anybody seen Kanu kill anyone? Kanu is not a murderer. Have you caught him with guns? Why arrest someone who has never kidnapped anyone? Our land must yield an increase. Kanu is not herdsmen, kidnappers, or bandits, or Boko Haram. He does not carry ammunition and he is not even an unknown gunman. My job is to say what the spirit asked me to say.

Mbaka maintained that he does not support terrorism and people agitating should not be arrested.