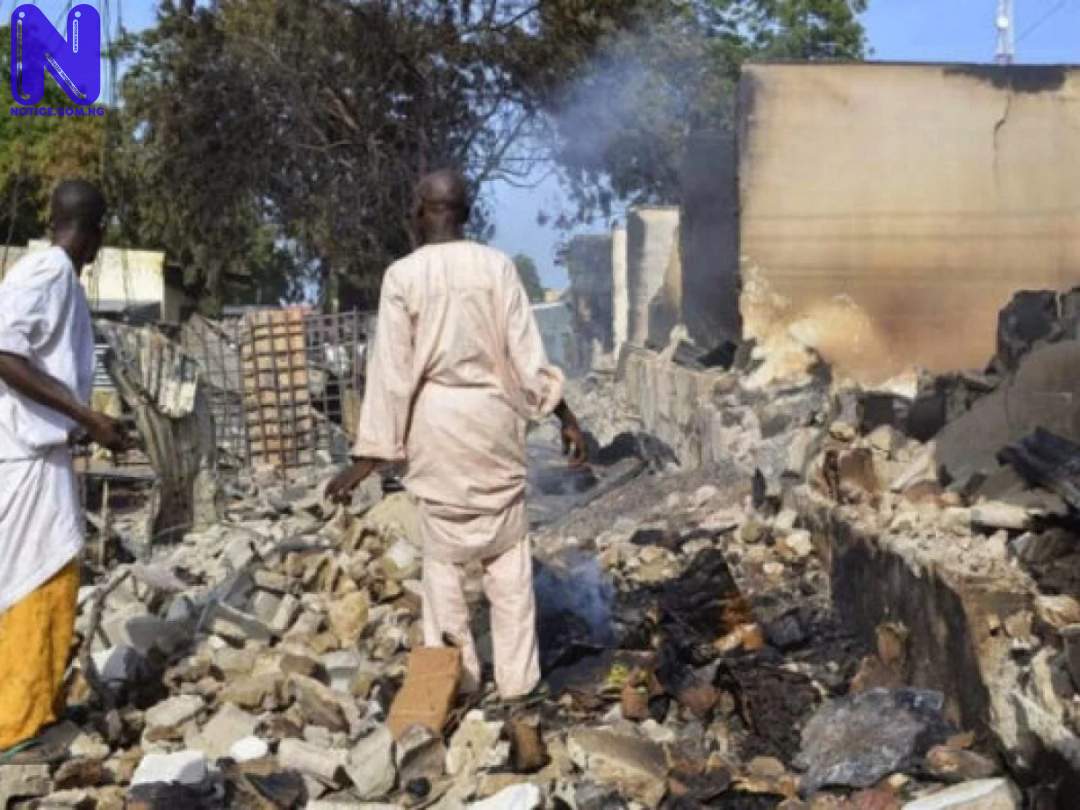 Suspected Fulani militia has killed a 60-year-old widow, a mother of 6 children and a 56-year-old man in Manyi-Mashin village, Zamandabo ward, in Atyap Chiefdom, Zangon Kataf Local Government Area of Kaduna State.
The alleged fatal attack on the community took place in the early hours of Friday, 11th September 2020.
This is contained in a statement issued by the National Publicity Officer, Southern Kaduna Peoples Union, SOKAPU, Luka Binniyat.
Binniyat said the suspected Fulani militias burnt down almost all the houses in the village, looting and carting away valuables.
The statement explained that though men of Operation Safe Haven promptly responded, the militia fled before their arrival.
Recall that Fulani militia on the 8th of September, 2020 laid ambush on three Atyap youths from Atakmawei village in Zamandabo Ward in Atyap Chiefdom. The three young farmers were said to have gone to work in their Sugar cane farm about a kilometre from their village.
It said that armed herdsmen came from hiding and struck, descending on them with daggers and machetes.
Anthony Magaji, 25, a final year HND student with Nuhu Bamali Polytechnic, Zaria, was hacked down, axing his neck and head with macabre wounds which killed him instantly.
Isaac Thomas, 24, also an OND student of the same school, managed to escape with life-threatening injuries and is now under intensive care in a hospital, while the third escaped with less injury.
The statement further explained, “Meanwhile, we have received complains of farmers in Gora axis of Atyap Chiefdom, who say that Fulani men occasionally sneak into their farms and destroy large swaths of growing food crops, thus leaving them with a bleak prospect of hunger in the near future. All these gory development is taking place after a much-publicized peace deal was reached between natives of Atyap Chiefdom on one side and their long time settled Hausa and Fulani representatives on 23rd August 2020 in Unguwan Wakili, close to Zangon Kataf town.”
It added that on the 8th of September, 2020, an attack was launched again by Fulani militias at Kitsarapang village in Kizachi Chiwo of Kizachi community, Tsam Chiefdom in Kauru local government area, stressing that the attack claimed the life of Emmanuel David Yohanna, 13, leaving two persons grievously with gunshots namely Sunday Zango Stephen, 48 and Zakka John, 23 who are now receiving treatment at a hospital in Jos.
The statement explained that three decomposing corpses were found on Kaduna-Abuja highway on Sunday, 6th September 2020 who were among four persons that were abducted during a brazen operation last week at Maraban Rido, a suburb of Kaduna in Chikun local government area all in Southern Kaduna, who were killed after ransoms were paid.
The union requested the Federal Government, through Operation Safe Haven, under the Command of Major General Chukwu Emeka Okonkwo, to expedite action and bring to book all the Fulani militia that are currently occupying 101 Southern Kaduna Communities in four of our LGAs.
“We have furnished the world with the details and we are happy to note that eight of the displaced communities in Zangan District in Kaura LGA are now returning home as a result of more presence of men of OPSH. We are appealing to our youths to shun all forms of provocation and conduct themselves in manners that will not make them fall short of the law, not compromising their rights for self-preservation under the law,” the union appealed