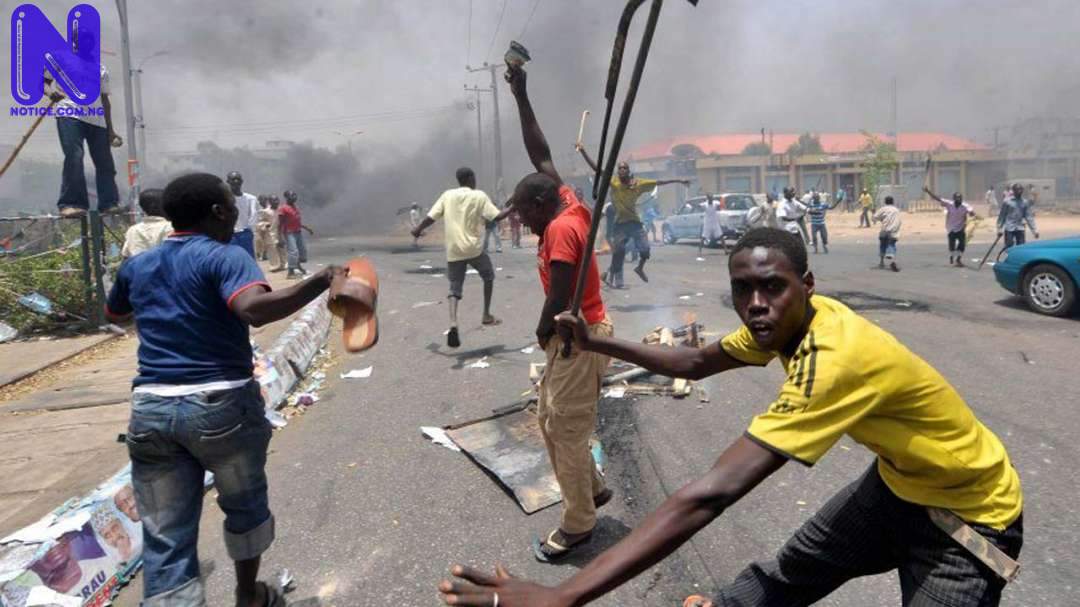 No fewer than seven people were reportedly killed during a violent clash between two rival cultic groups, which started on Monday in Ijede area of Ikorodu, Lagos State.

The State Police Public Relations Officer, DSP Bala Elkana, who confirmed the incident, told the News Agency of Nigeria (NAN) in Lagos on Wednesday, said that the groups, KK and Eiye Confraternities, were involved in the incident.

Elkana said that the command immediately responded and arrested 10 suspects.

He explained that the fracas, leading to deaths, started when argument ensued between two members of the cult groups, while one of the fighters was stabbed.

DO YOU KNOW >>> Ifeoma Abugu, lady arrested in place of fiancé dies in SARS custody - Abuja

The police spokesman said that the gang whose member was stabbed, believing him to be dead, launched a retaliatory attack on members of the rival group.

He said that the state Commissioner of Police, Hakeem Odumisu, immediately called for an emergency meeting and summoned the Area Commander, DPOs and the tactical commanders where the incident occurred.

As stated by him, the police chief also deployed the Special Strike Force men to arrest the social miscreants and deal with the situation.

Elkana recalled that a programme had earlier been organised for cult members to renounce their membership, “so the CP is determined to deal with the menace in the state”.

Reacting to the development, Mr Fatiu Salisu, Chairman, Ijede Local Council Development Area (LCDA), told NAN that the clash started on Jan. 20 when a man was reportedly stabbed with a bottle and was rushed to the General Hospital.

Salisu said that the man was rejected due to the nature of his injuries and was later referred to a teaching hospital where he was attended to.

As stated by him, some of his members thought he had died, and thereafter resulted to revenge mission in the community.

“I was at a meeting in Ikeja when I was called that a boy belonging to ‘Eiye Fraternity’ had been stabbed, and when I came I saw one corpse at the roundabout.

“On that day, two people died, another four were killed in the afternoon of the next day, while another one was killed today, making seven,” he said.

The chairman lauded all the security agencies, including the army, for their timely intervention, saying that they quickly swung into action, patrolling the hot spots to checkmate activities of the cultists in the community.

“We have intimate the Gov. Babajide Sanwo-Olu and the Commissioner of Police on what was going on in the community,” he said.

In his reactions, Chief Babatunde Ogunmuyiwa, the Secretary to the traditional ruler in Ijede, told NAN that the incident started on Jan. 20 when some boys from Ipakan and Egbin engaged in a fracas and one of them was badly injured with a bottle.

Ogunmuyiwa said the boy was quickly rushed to the hospital for treatment, but some of his members spread rumours that he was dead, which led to the fracas.

“After series of investigation, we realised it was a rivalry clash between fraternities.

“We called an emergency meeting among the chiefs and resolved that we should appease the gods.

“The community has been peaceful since most of the boys renounced their membership until this moment,” he said.