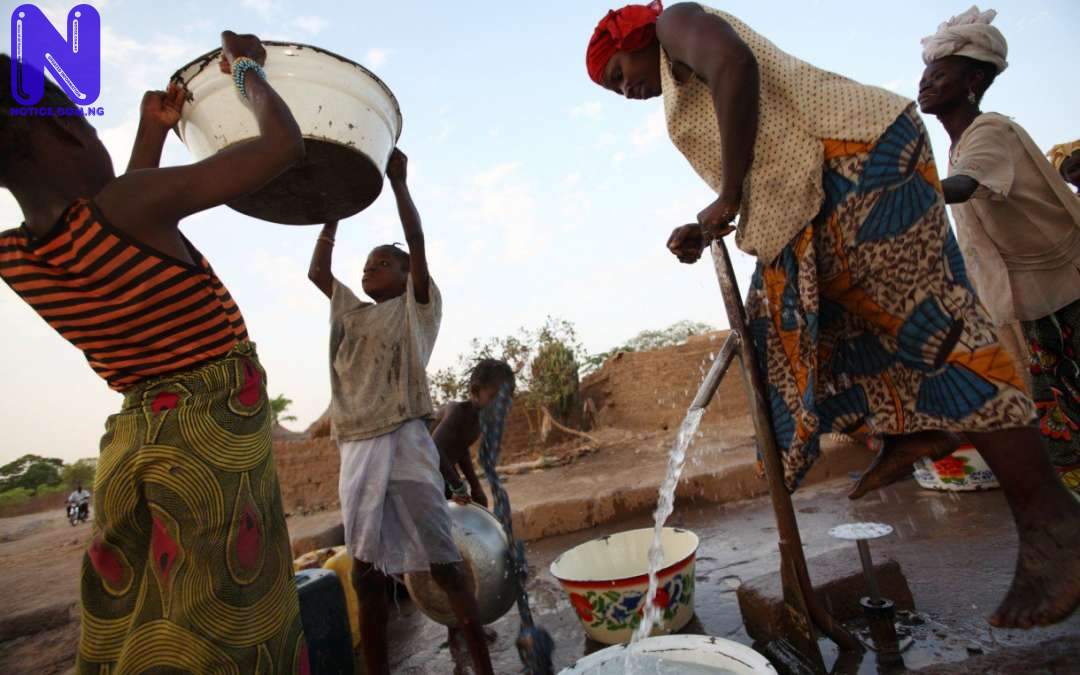 The Head of Delegation of the European Union to Nigeria and ECOWAS, Amb. Ketil Karlsen, on Wednesday said 62 million Nigerian People live without access to improved water and spend over half an hour traveling to fetch water.

The European Ambassador equally said the organization has spent more 260 million euros in reaching more than ten million people in 14 states of the country.

He said in its efforts to continue to support rural and urban water sector institutions as well as sanitation, the EU expended over 12 million euros in providing solar powered boreholes, schools sanitation facilities (Ventilated Improved Pit Latrines) in some selected communities in Plateau State, which is part of the 14 aforementioned States.

Karlsen disclosed this at the commissioning of a Solar Powered Borehole Project and School Sanitation Facility at Lo-Gwom Kwi, Riyom LGA of the State.

The project is part of the European Union’s intervention in the water and sanitation sectors in Plateau State and it is being implemented by United Nations Children’s Fund (UNICEF) and the State Government.

As stated by him, “While 62 million people in Nigeria continue to live without access to improved water and spend more than 30 minutes traveling to fetch water, 27% of the population has no access to water.

He added that, “47 million Nigerian People defecate in the open; while 45,000 children under five years die annually from diseases caused by poor access to water, sanitation and hygiene.

“Only 5.5 percent of schools and 5.2 percent of health facilities have basic, gender sensitive Water Sanitation and Hygiene services”, he lamented.

In his earlier address, Mr. Peter Hawkins, UNICEF representative in Nigeria, thanked the Plateau State Government for keying into the project and ensuring timely release of counterpart funds.

Hawkins, who urged the beneficiaries of the facilities to guide against vandalisation, called on them to find local solutions on addressing open defecation and improving personal hygiene and sanitation.

“Use the water we have provided to drink, cook and wash your hands so as to remain healthy at all times.

“Look after these facilities for your benefit and that of future generation. Ensure you maintain and sustain the facilities,” he advised.

Inaugurating the project, Governor Simon Lalong, who was represented by the Secretary to the State Government, Richard Tokma, said the intervention would go a long way in addressing some of the challanges, particularly in rural communities.

The Governor said the partnership was in furtherance of his commitment to ensure portable water gets to all parts of the state.

“This partnership is indeed a demonstration of our commitment and desire to promote the well being of our people through the provision of clean water and improved sanitation and Hygiene, ” he said.

Lalong maintained that at the inception of his administration in 2015, the state government paid 30 percent counterpart fund of N550 million, which was aimed at fast tracking both urban and rural components of the European Union Water Supply and Sanitation sector reform programme phase III, “that was stalled before our coming into office.”