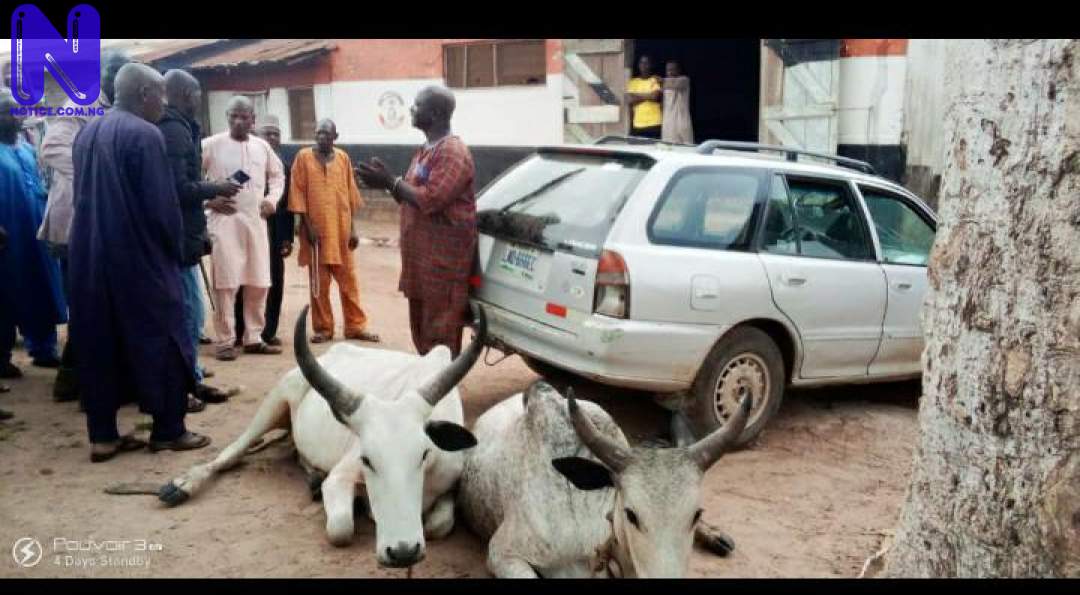 A 52-year-old man, Rauf Babatunde of Dogo village, Igbeti in Oyo State has been arrested for allegedly stealing two cows belonging to one Abdulrahman Umar.

This was disclosed in a statement by the spokesman of the Nigeria Security and Civil Defence Corps, Kwara State command, Babawale Zaid Afolabi in Ilorin on Friday.

He said “On Thursday, 15/07/2021, at about 1230hours, the Lamido of Banni, a district head in Kaiama Local Government Area, Kwara North Senatorial district, Sheik Ahmed Mohamed Baba, lodged a complaint at our office in Hamdallah about the loss of two cows belonging to one Abdulrahman Umar, valued at N200,000.

DO YOU KNOW >>> Vigilante, two others shot dead by suspected cultists in Ondo

“Our men swung into action with the help of vigilante and subsequently a suspect was nabbed with two stolen cows.”

However, two other accomplices are now at large.

Afolabi said a manhunt has been launched for the arrest of the two fleeing suspects as investigation continues into the matter.