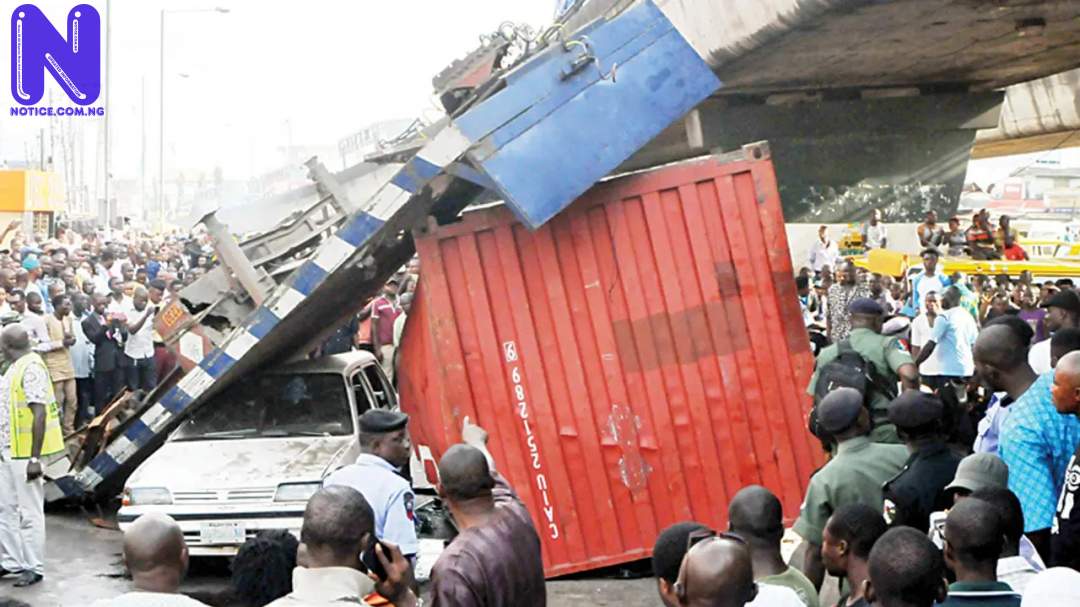 The man you see in the photo above, plus two others in a Toyota Avalon car with registration number SQ 32 AAA, were killed around 7pm on Friday August 3rd on the Anthony Bridge, Oshodi-Apapa Expressway, after a truck hauling a 40-foot container suddenly slipped off the flat-bed and fell on their car

The driver of the Toyota and another man in the car died instantly, but not the one in the photo. He called for help for over an hour but the people around had no means to lift the container off the car. Even LASEMA couldn’t help because the container was too heavy. The man eventually died.

Finally, four hours after the accident, a crane was brought to lift the container off the mangled car. The bodies of the three men were taken to Gbagada General Hospital.